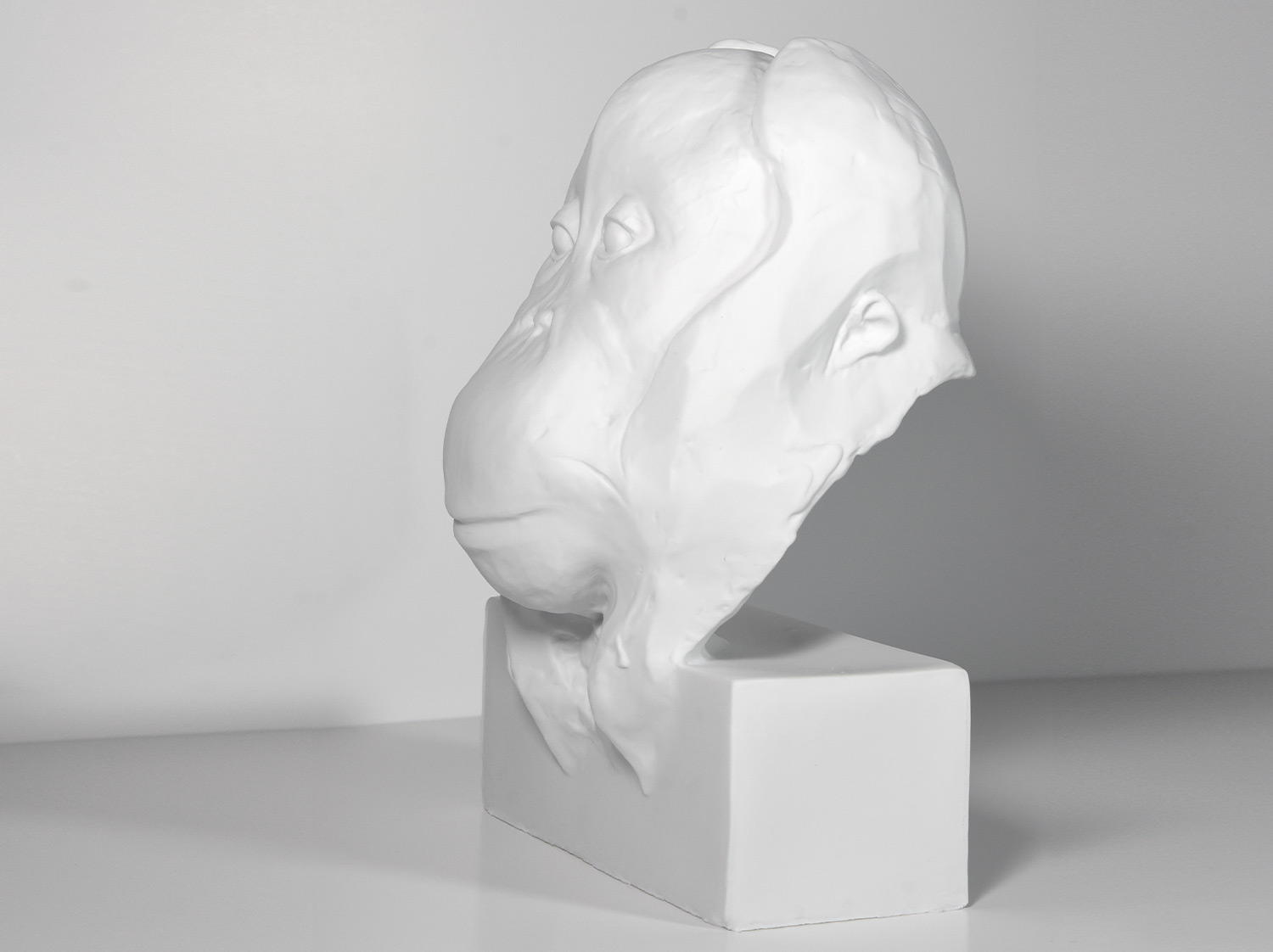 Limited edition in bisque porcelain of 499.

Bernardaud & APE release Pompon’s Head of an Orangutan in porcelain, a technical feat to benefit the World Wide Fund for Nature (WWF).

Represented as a sculpted human portrait, this work seems to remind us of our belonging to the animal kingdom and the proximity of the ape to the human species. Unlike some artists who prefer to depict the confrontation between the human and the beast, Pompon wanted to create an orangutan - meaning «man of the forest» in Malay - with features depicted in a purified mask, with a calm face and a troubling gaze filled with humanity.

Since François Pompon’s death in 1933, three plaster casts of the Head of an Orangutan have been listed. One of these has been acquired by Art for Preventable Extinction (APE), an environmental organization that develop projects to prevent the extinction of animal species. APE, eager to serve its cause through this acquisition, asked Bernardaud to recreate the Head of an Orangutan in porcelain.

Thanks to new technologies and the technical prowess of the craftsmen, the 1930 plaster has been scanned and reproduced to create this limited edition. Bisque porcelain was chosen instead of glazed porcelain because it highlights the details of the original plaster. Today, APE is keen that this edition contributes to the cause of the WWF for the protection of wildlife, including endangered orangutans, by donating a portion of the sales profits. 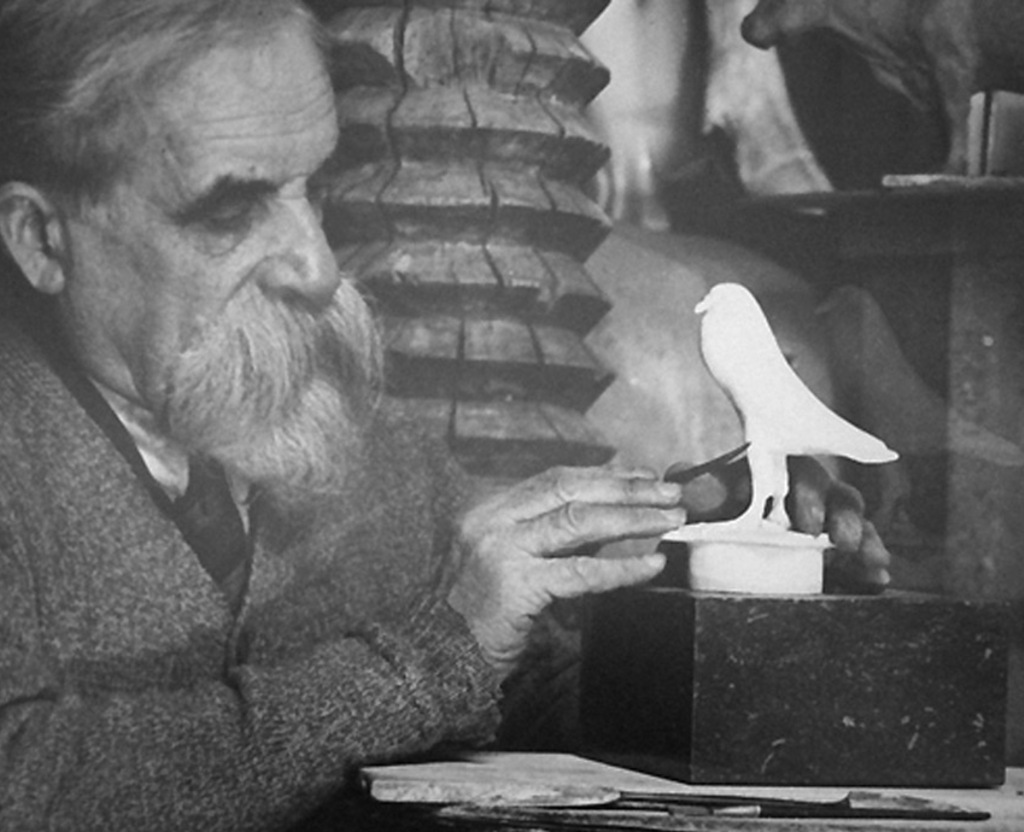 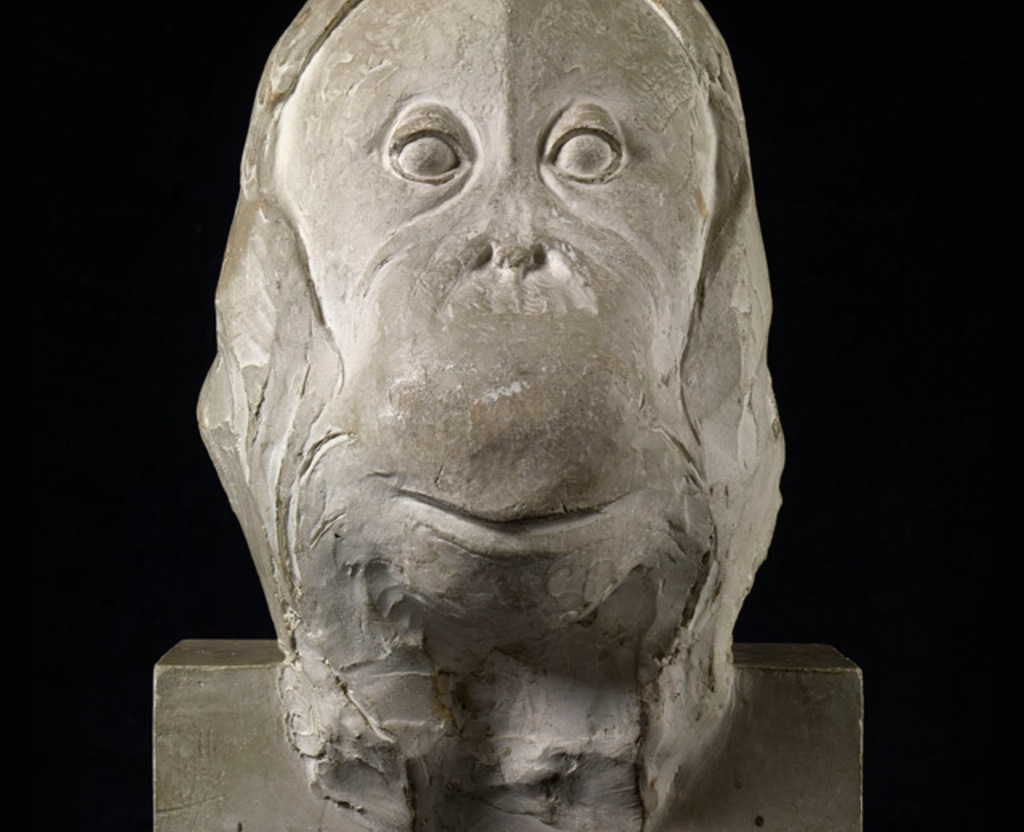 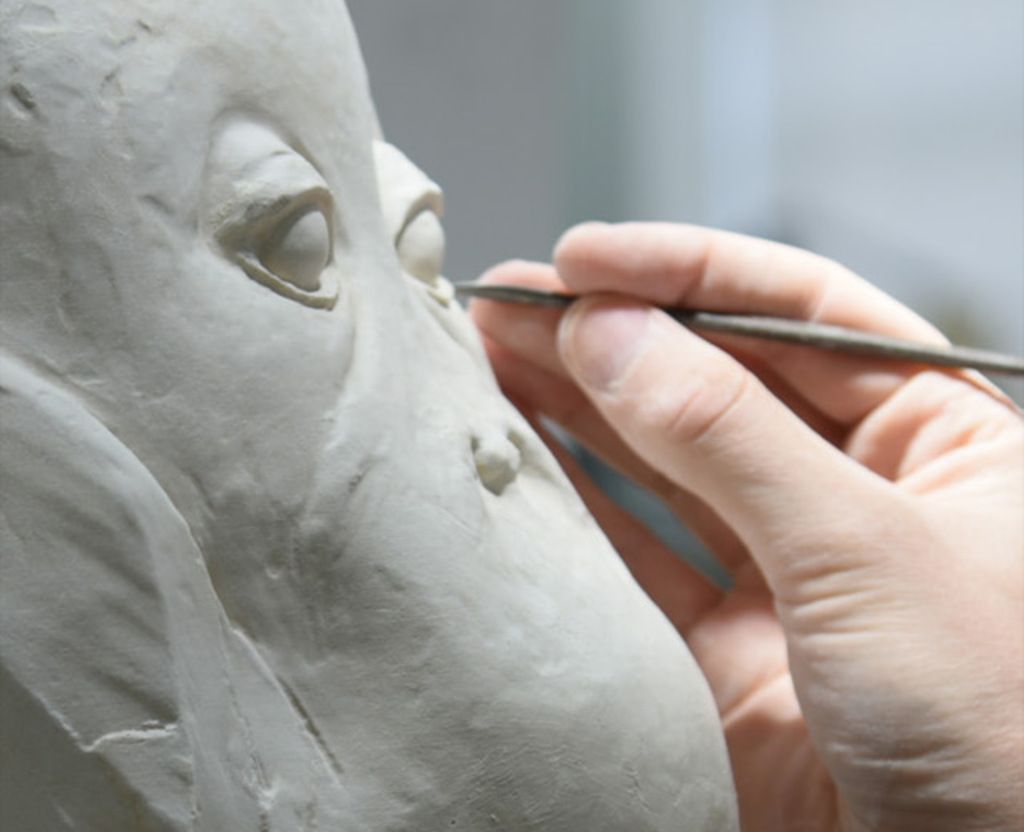