The Elysée service was produced by the Sèvres Manufactory in 1832, for the personal use of King Louis-Philippe at the Tuileries Palace. From the very start of his reign, Louis-Philippe preferred to entirely replace the table settings of the royal residences rather than make use of pieces inherited from his predecessors.

In response to such sizeable orders, the Sèvres Manufactory came up with a technical innovation and around 1842 adopted the plate calibration method that is still used to this day.
Retaining the gracious curves of the Empire shape, certain pieces in this service are nevertheless inspired by the purest Classical style: a gravy boat that evokes an ancient oil lamp or a creamer that draws its inspiration from an antique French water pitcher. Its decoration consists of a frieze of palm leaves in burnished gold set against a pale blue background and this contrast of colors bestows the design with magnificent splendor.

The original dinnerware service is held by the National Museum of Ceramics in Sèvres, France. 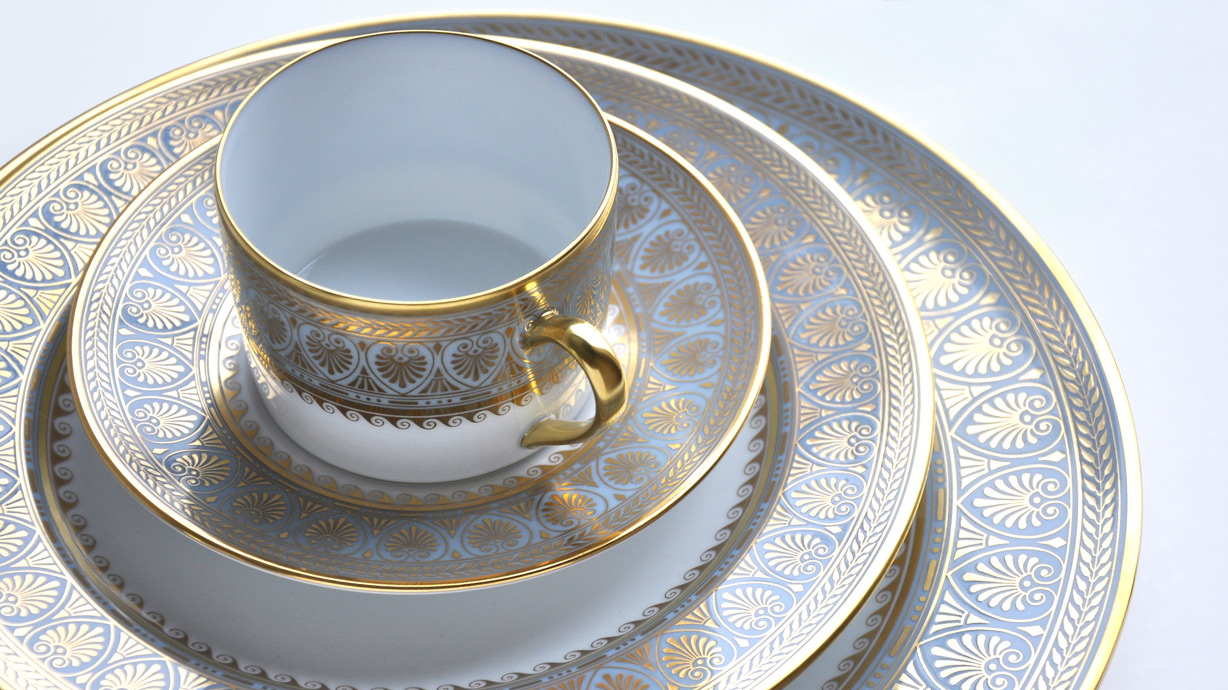 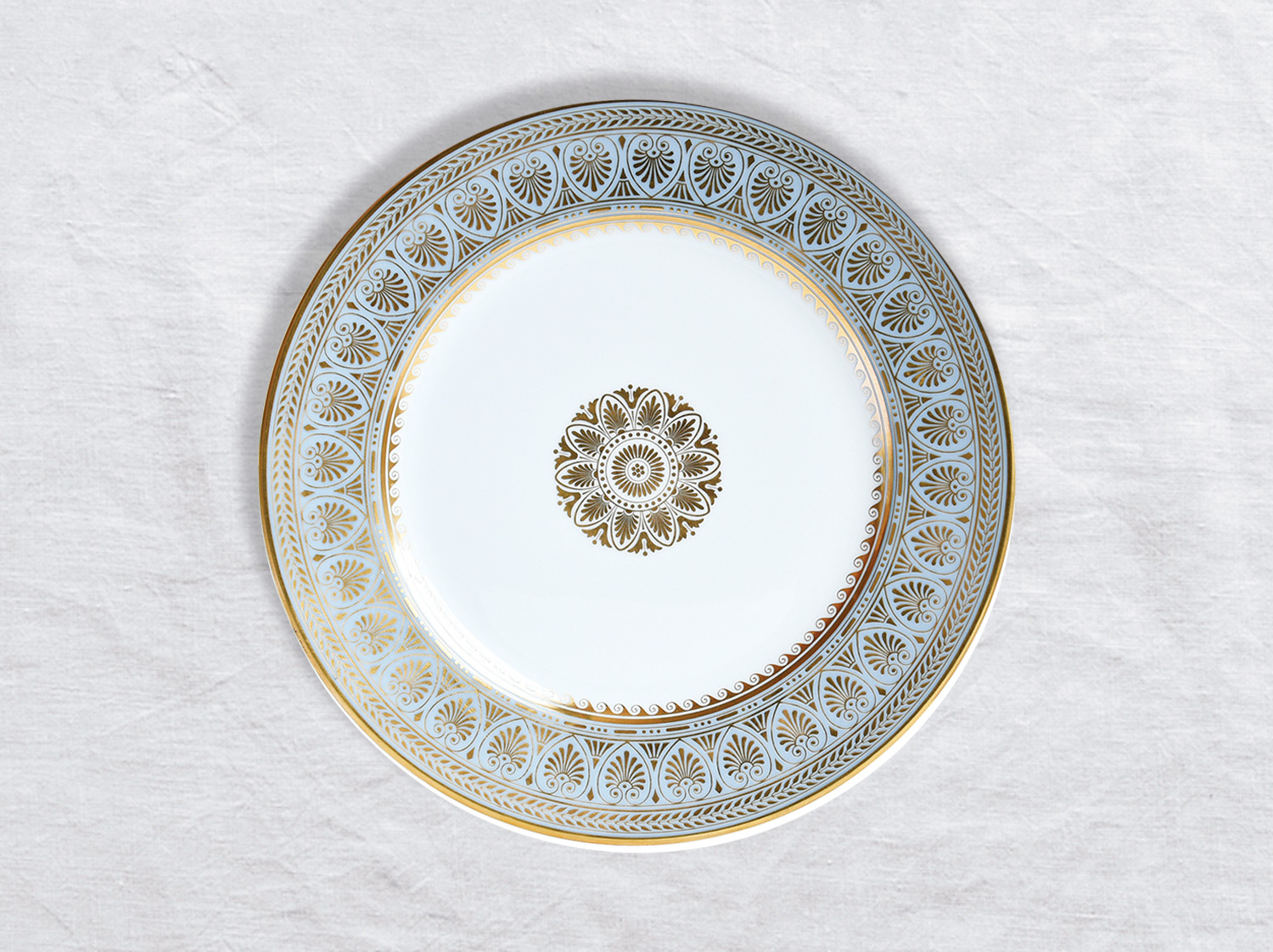 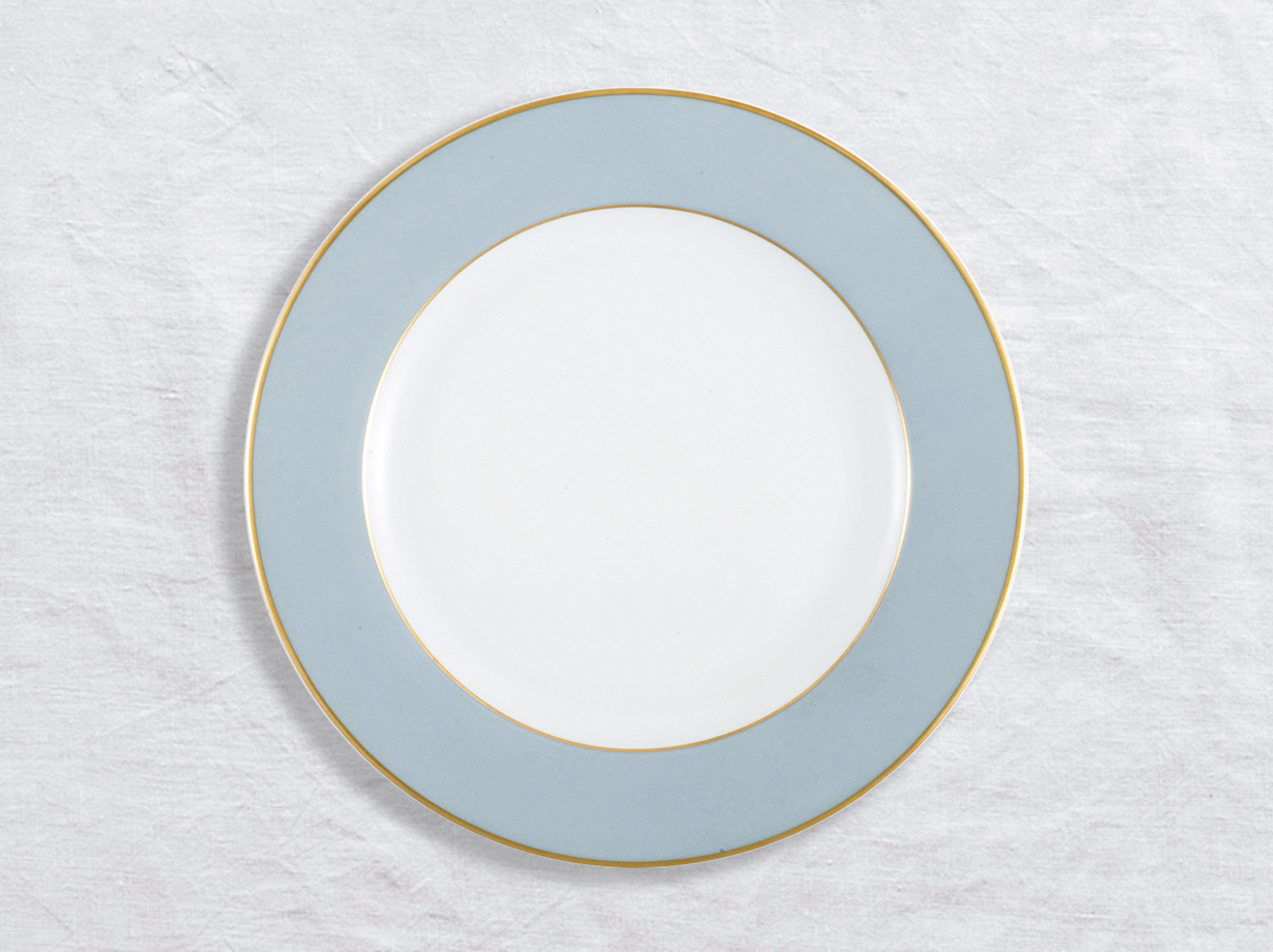 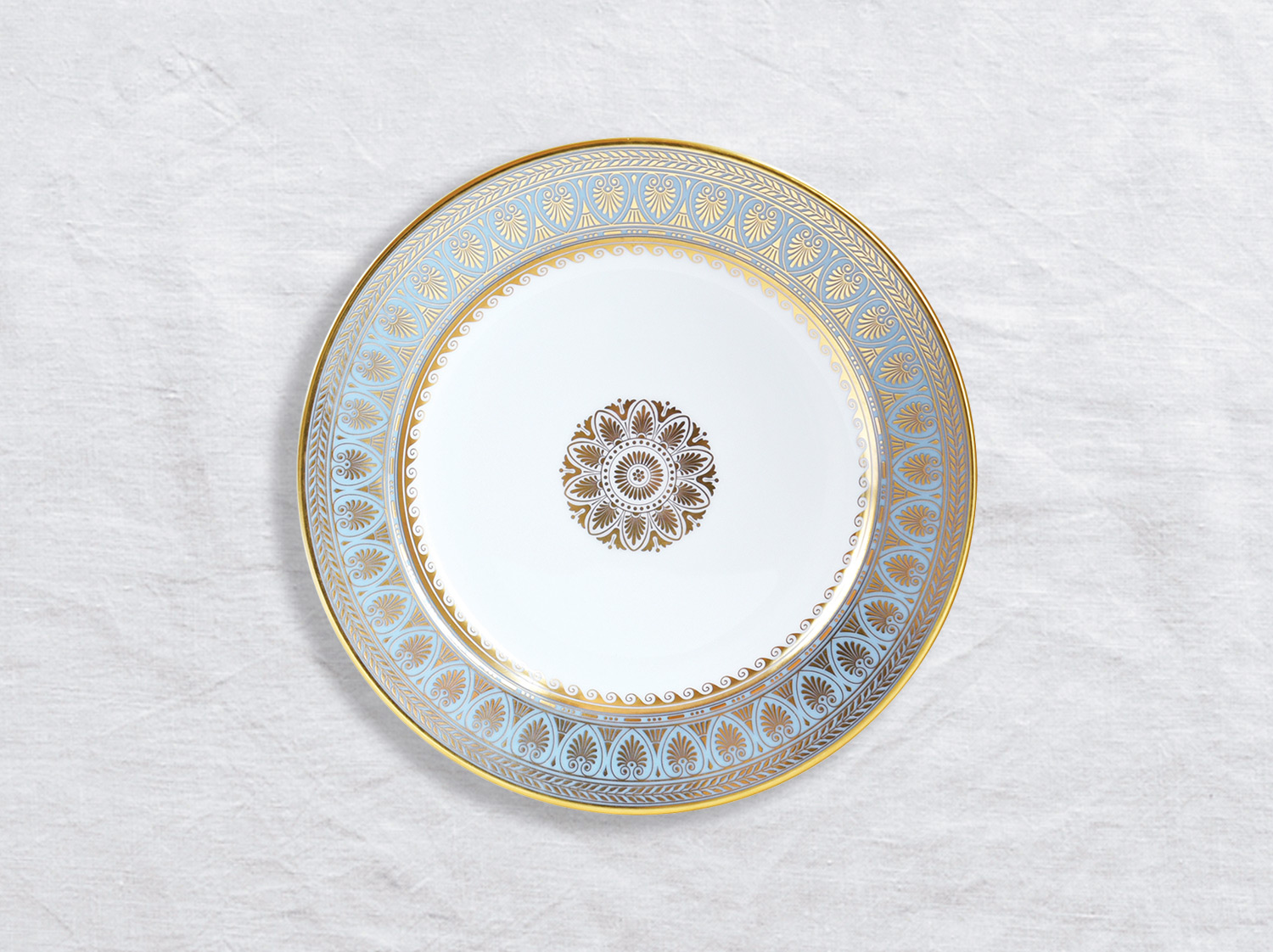 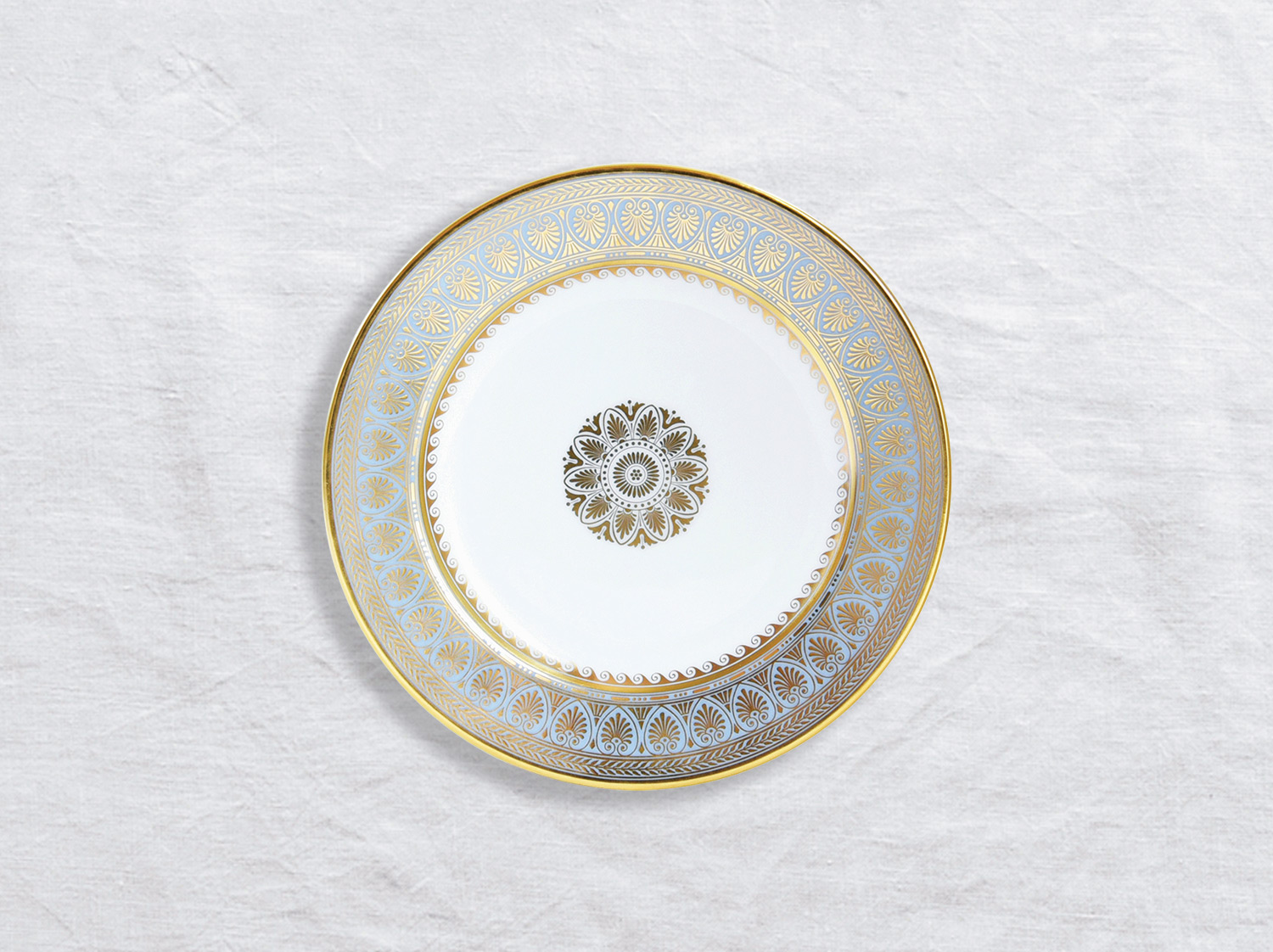 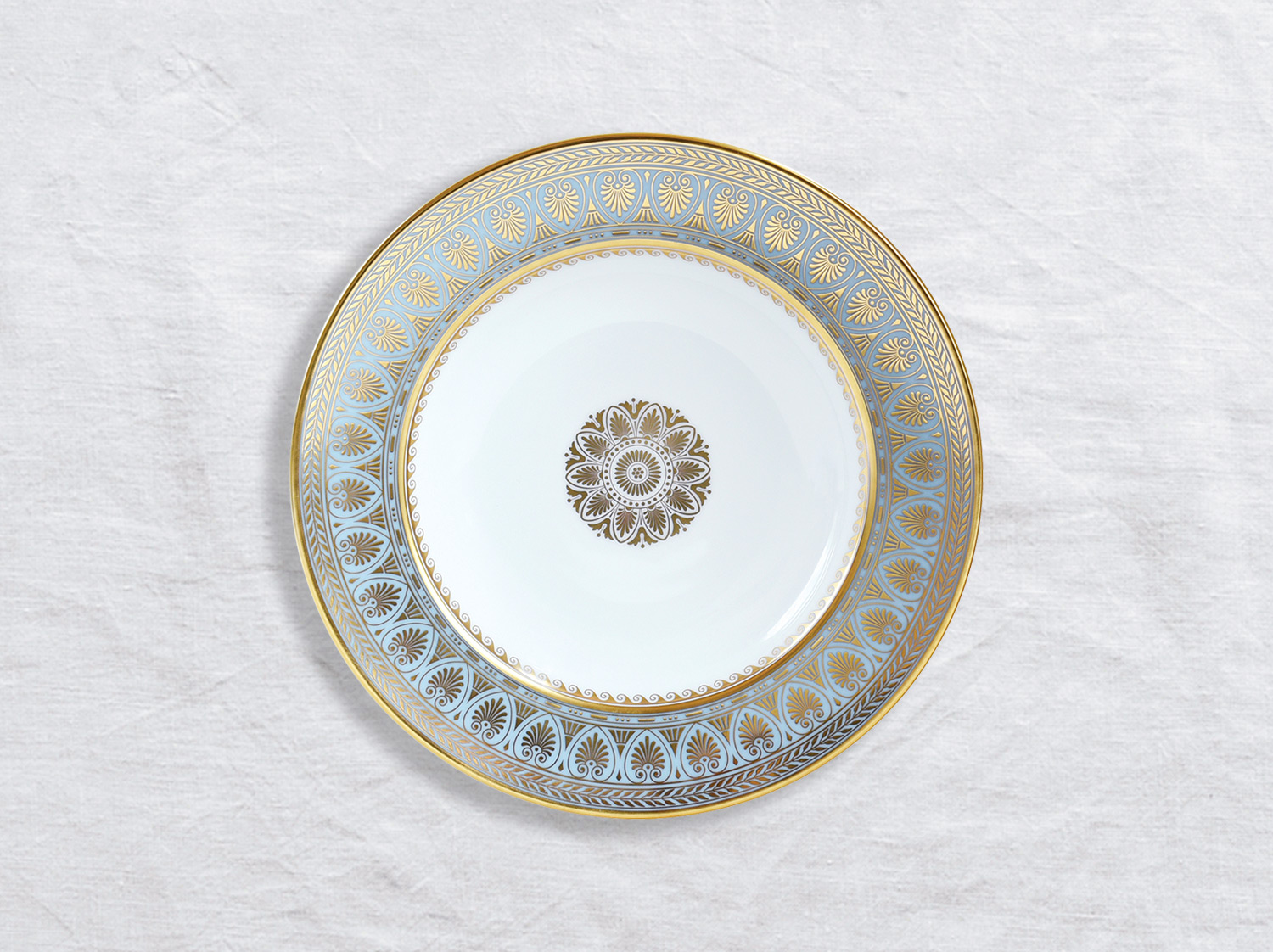 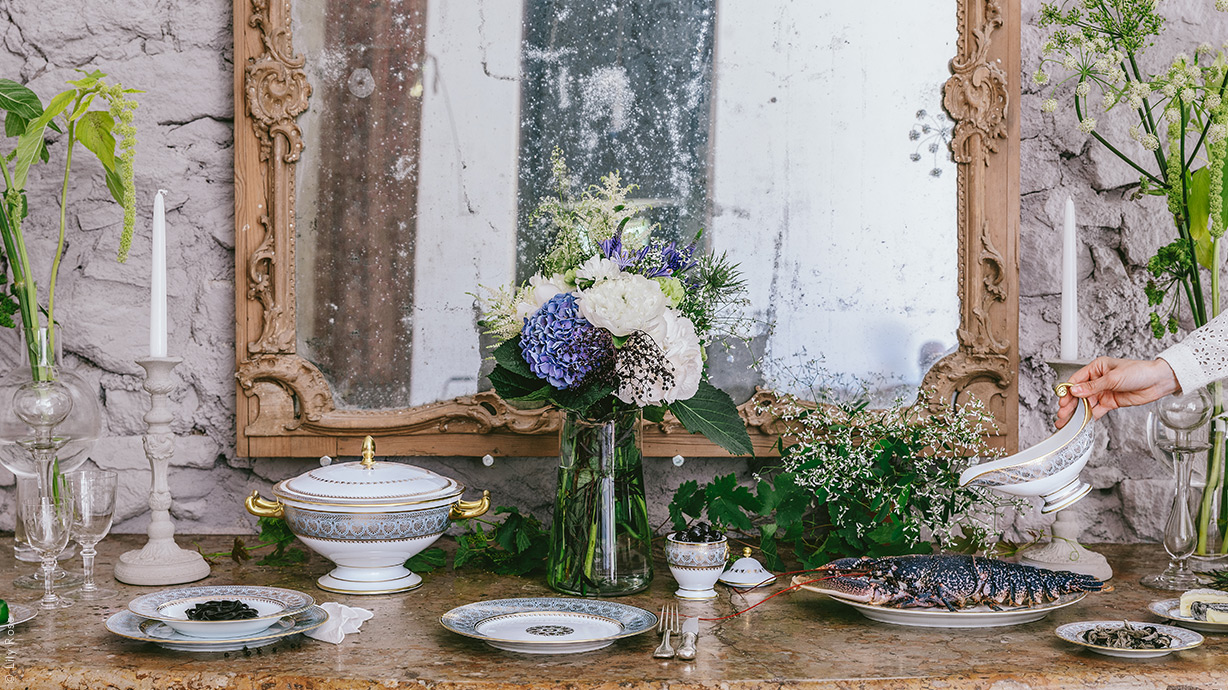 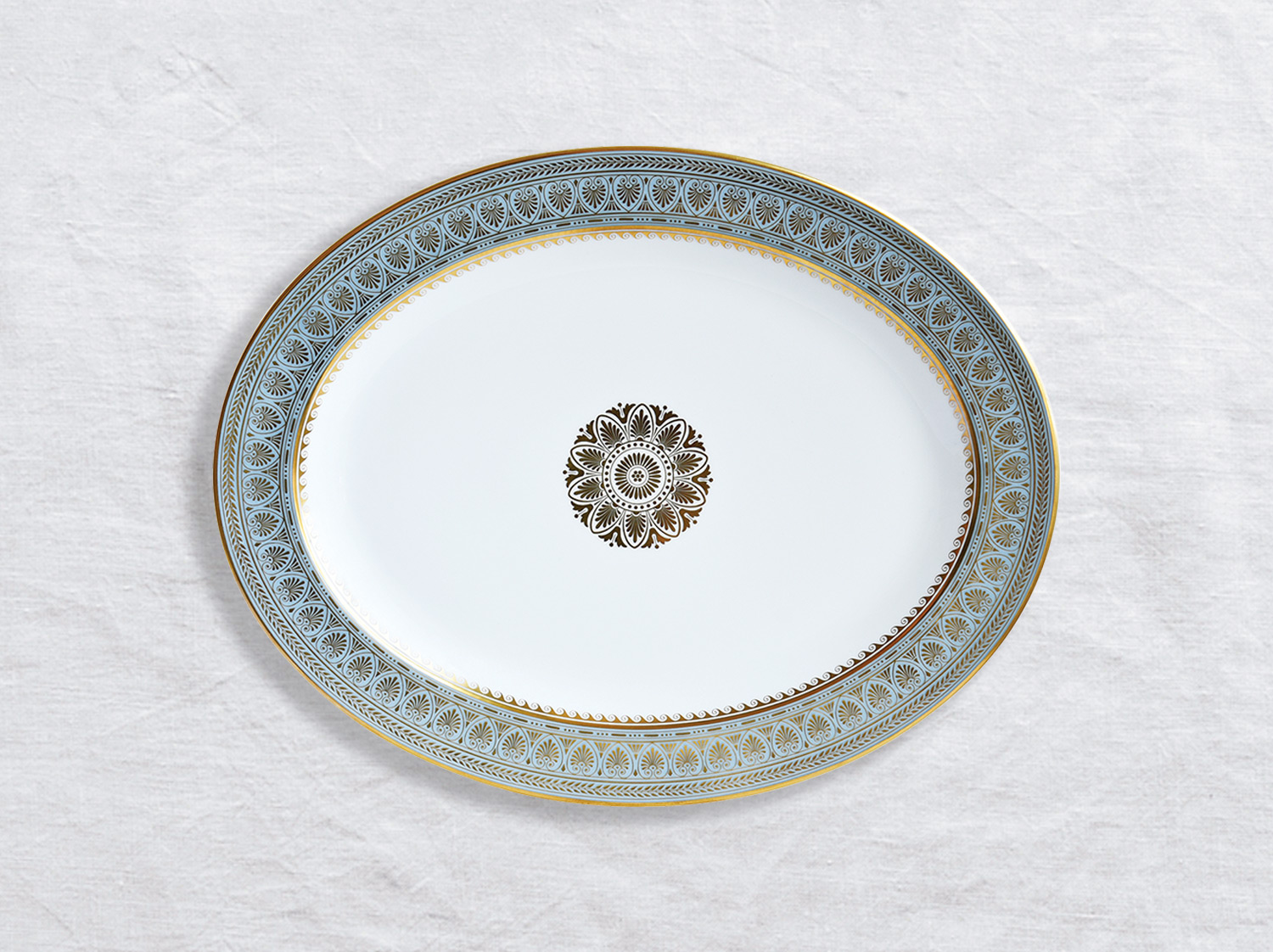 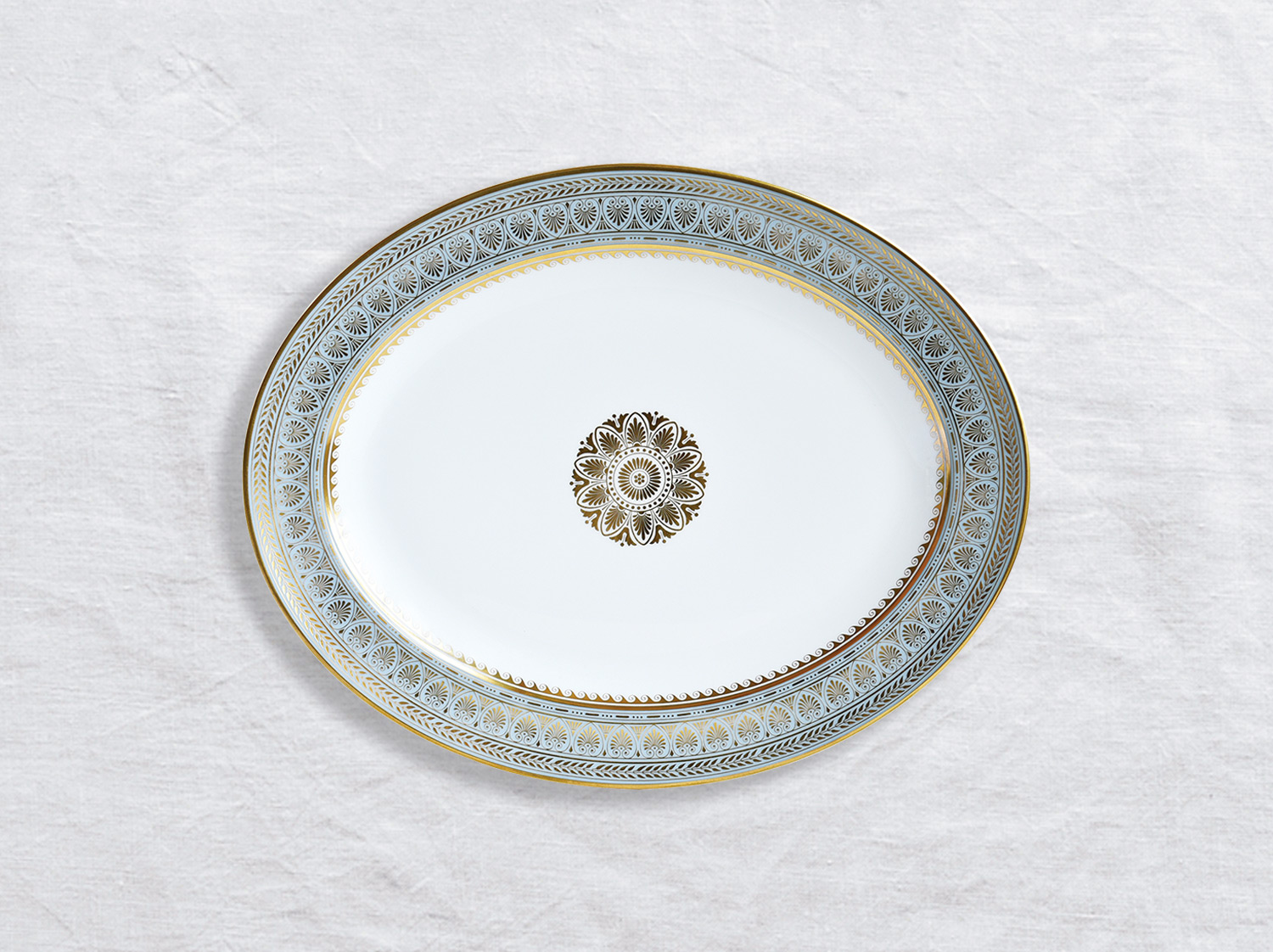 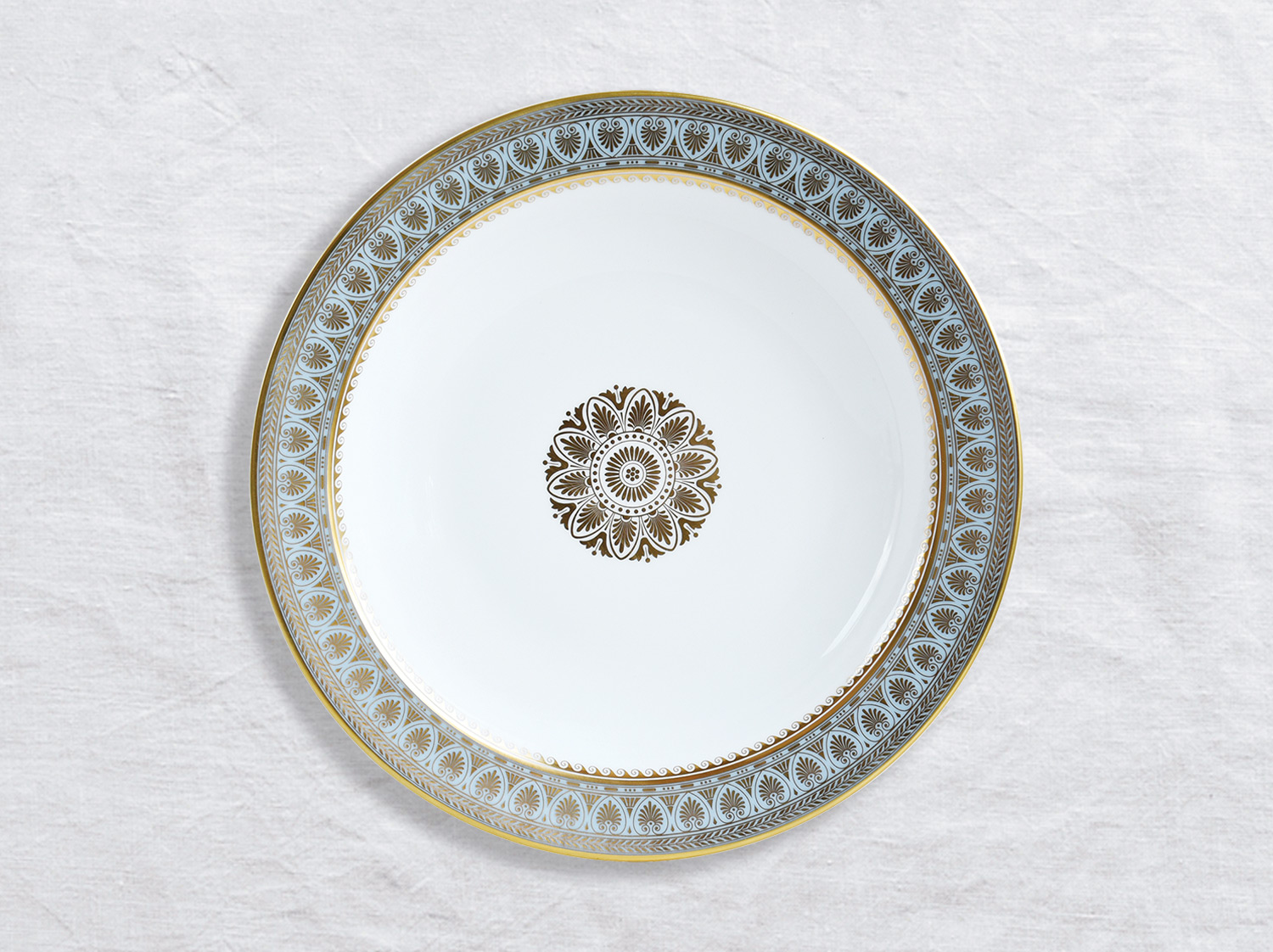 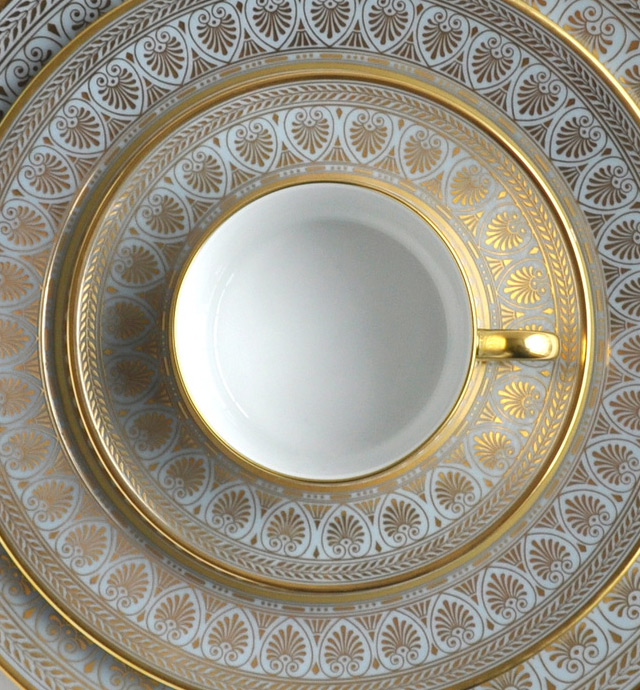 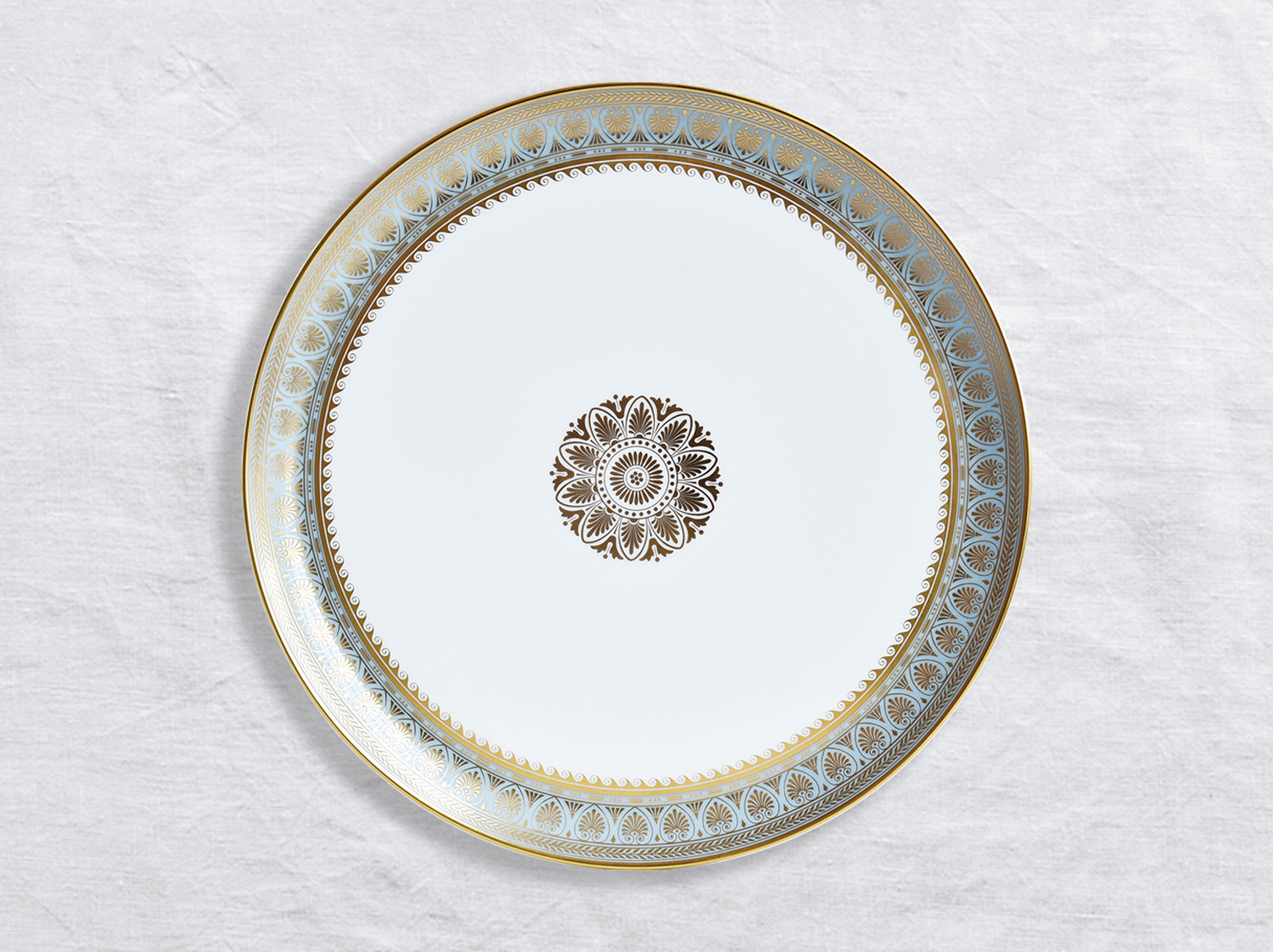 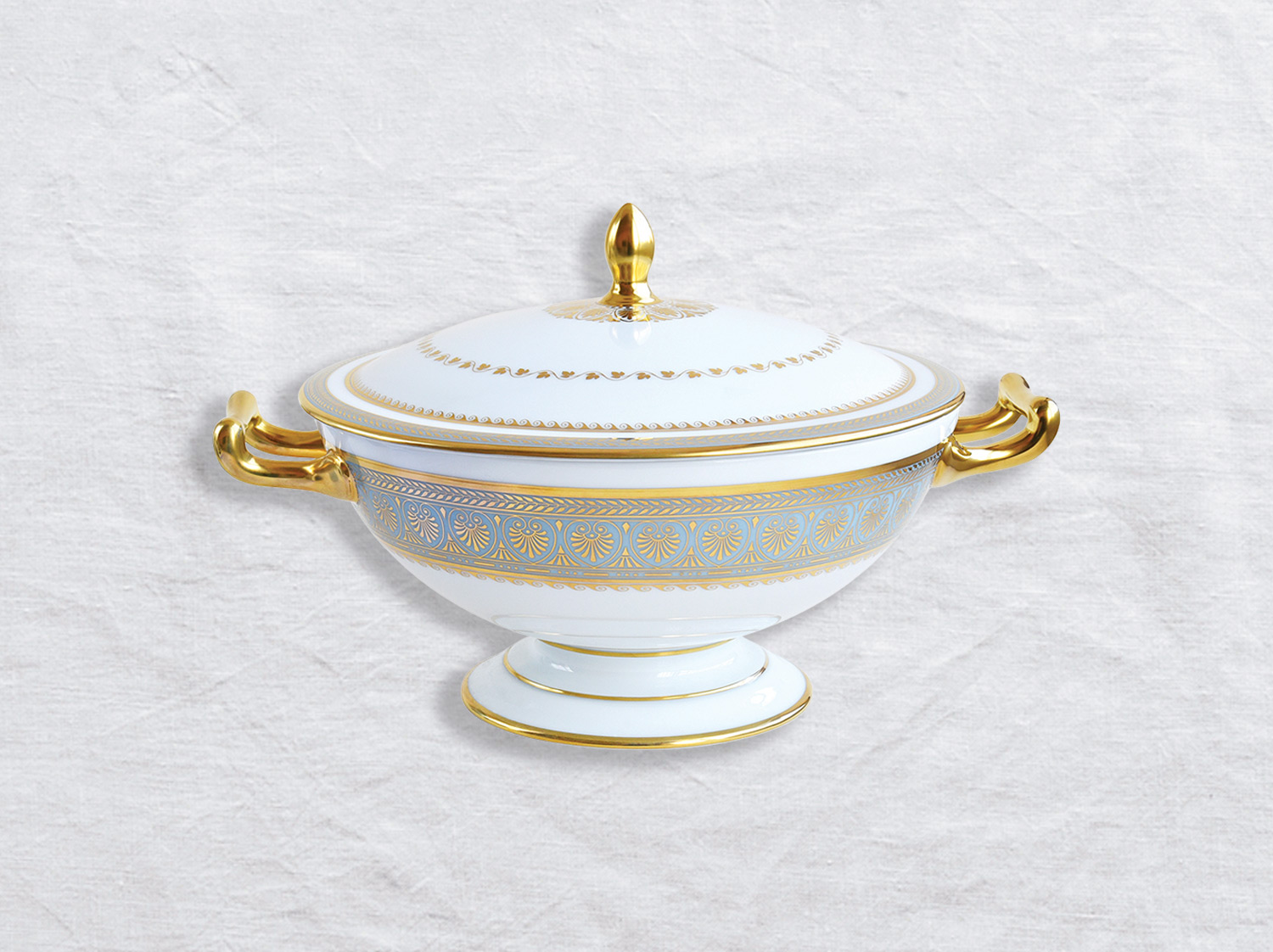 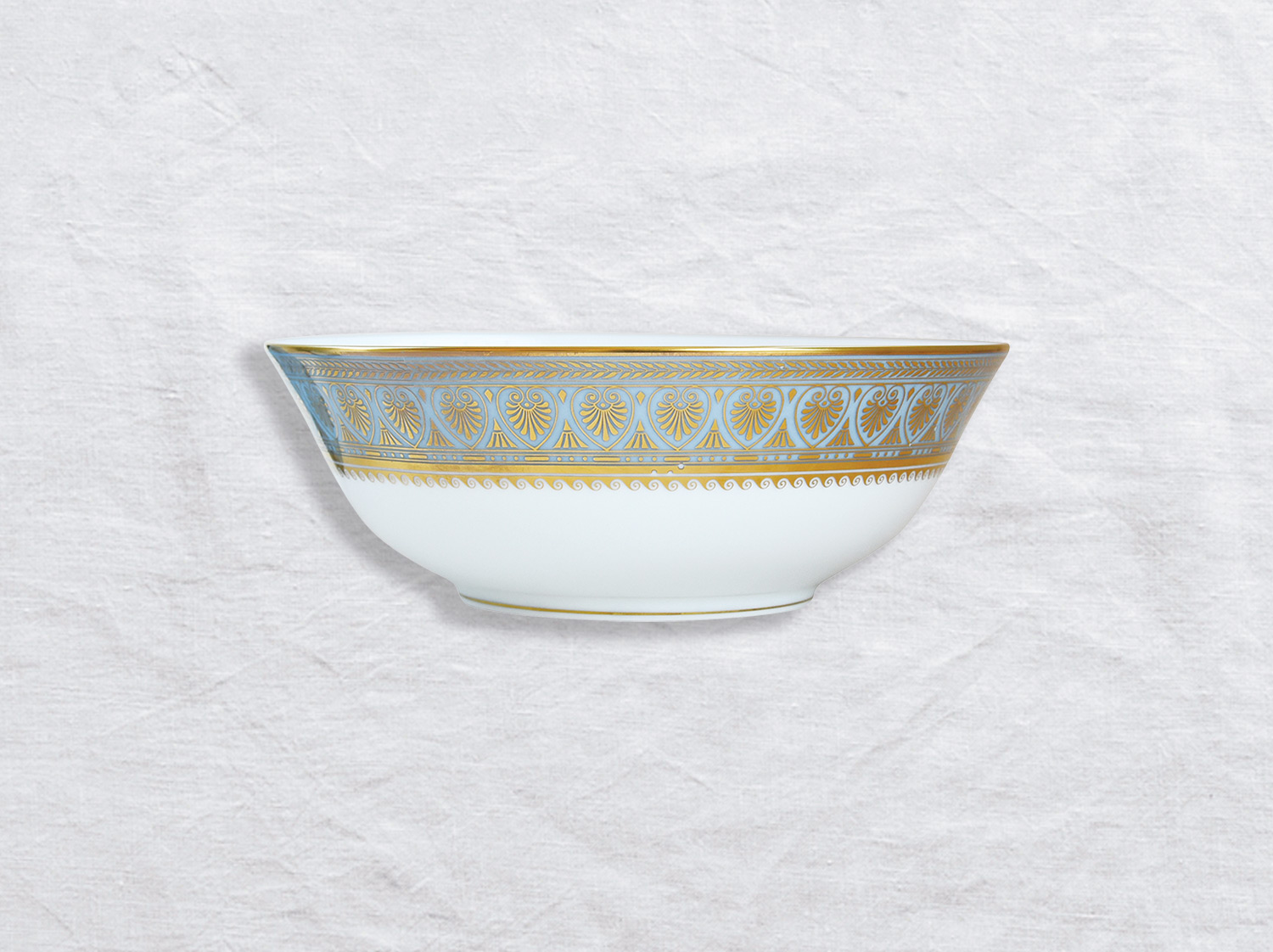 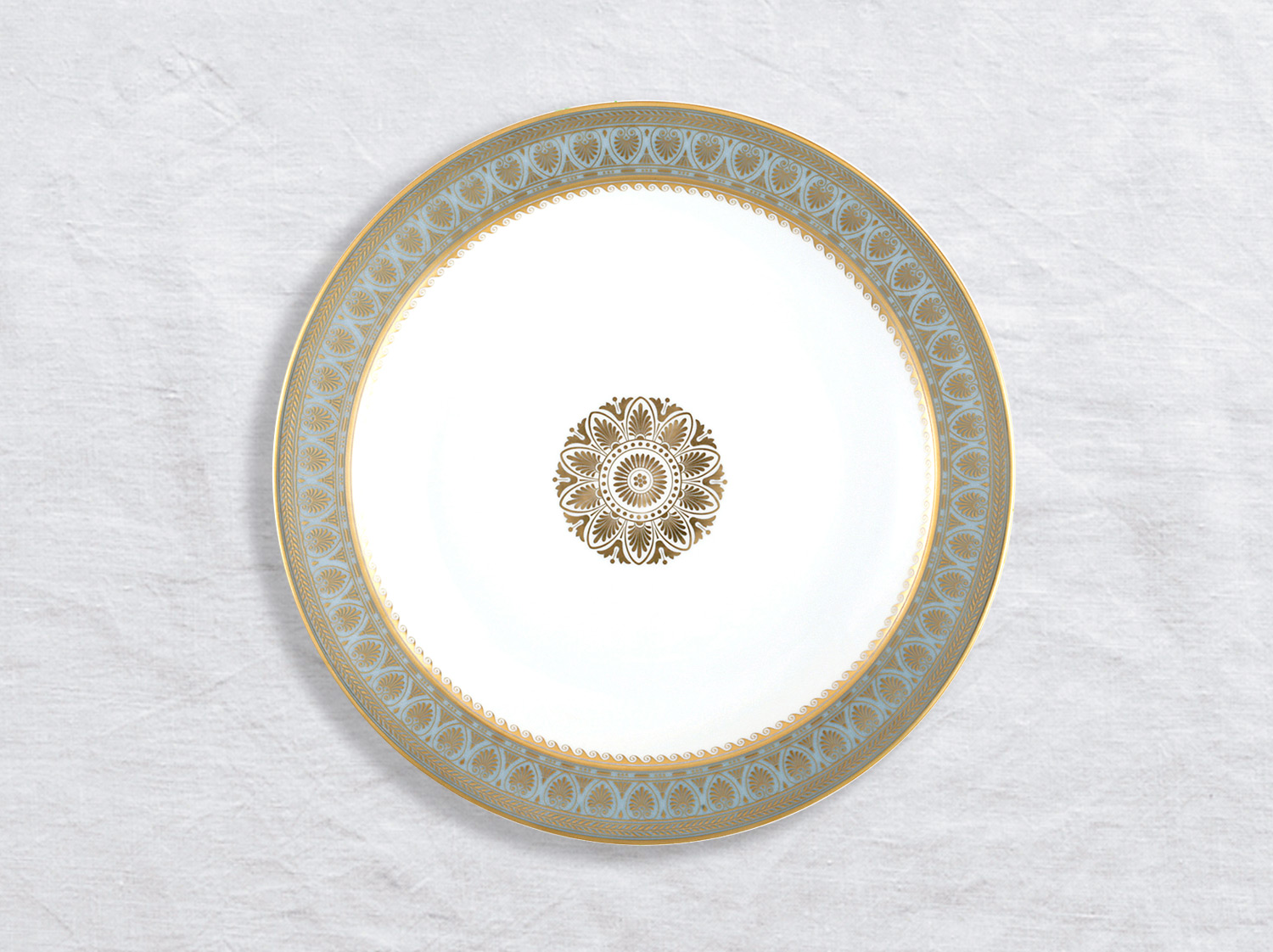 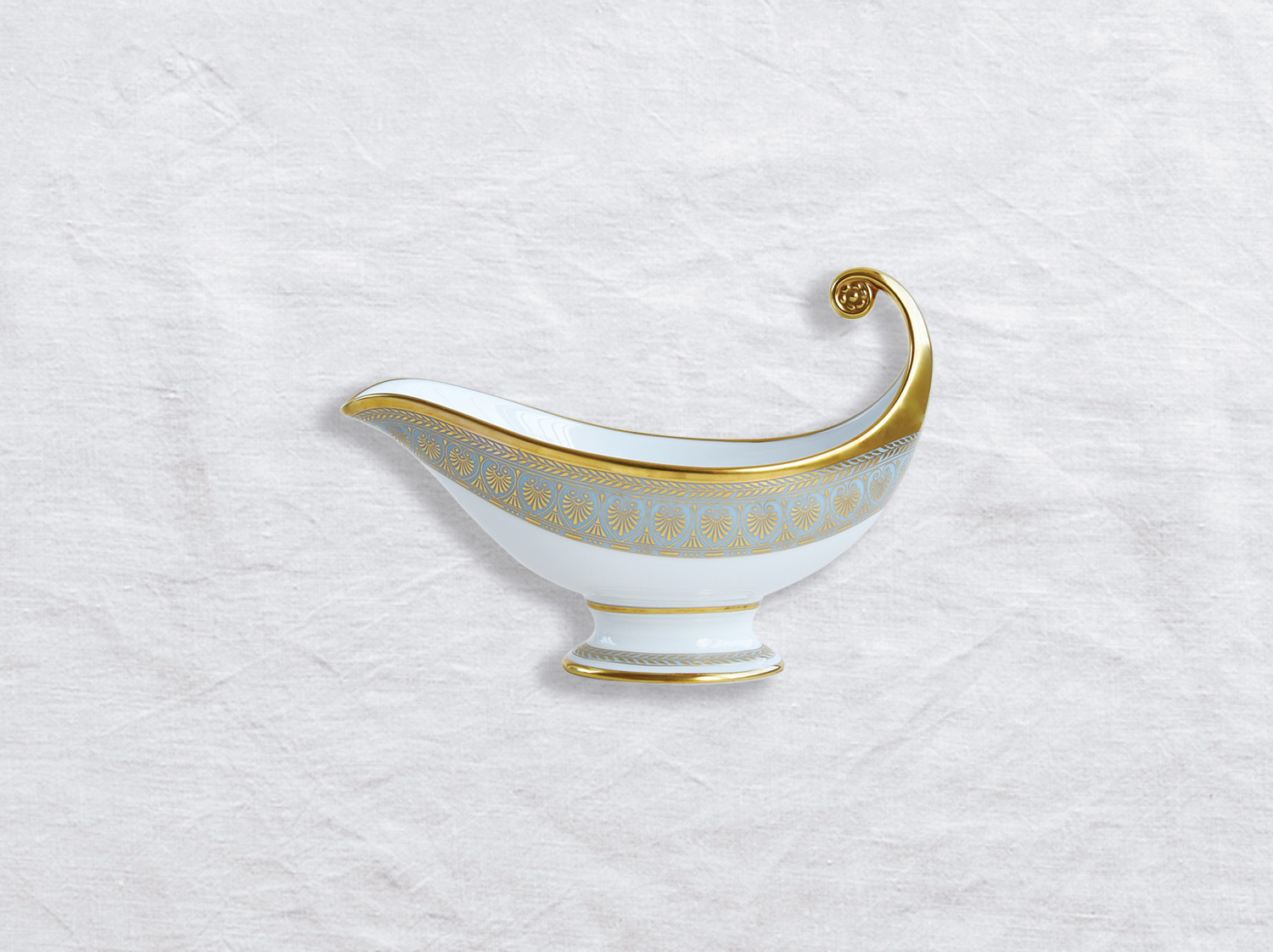 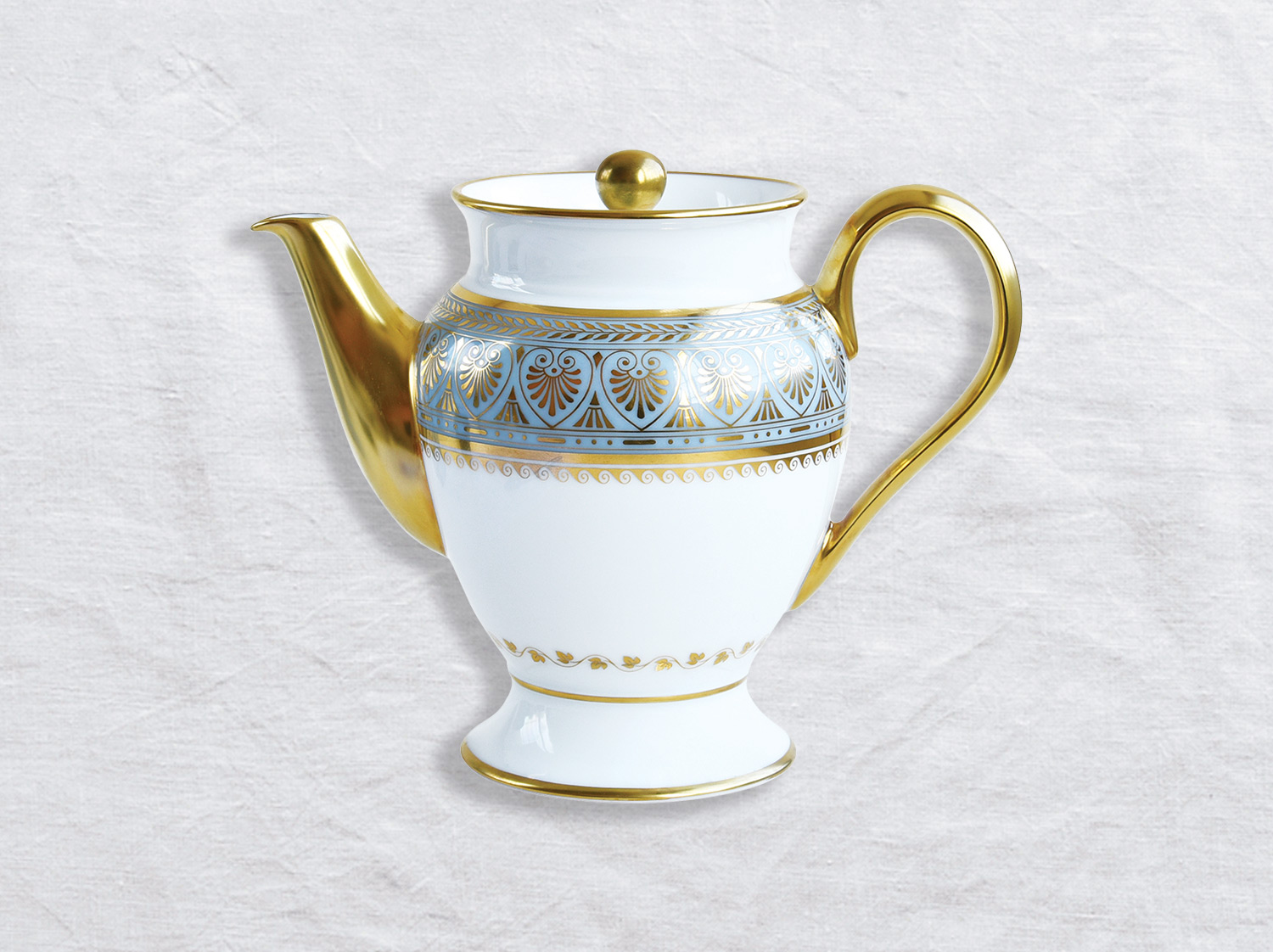 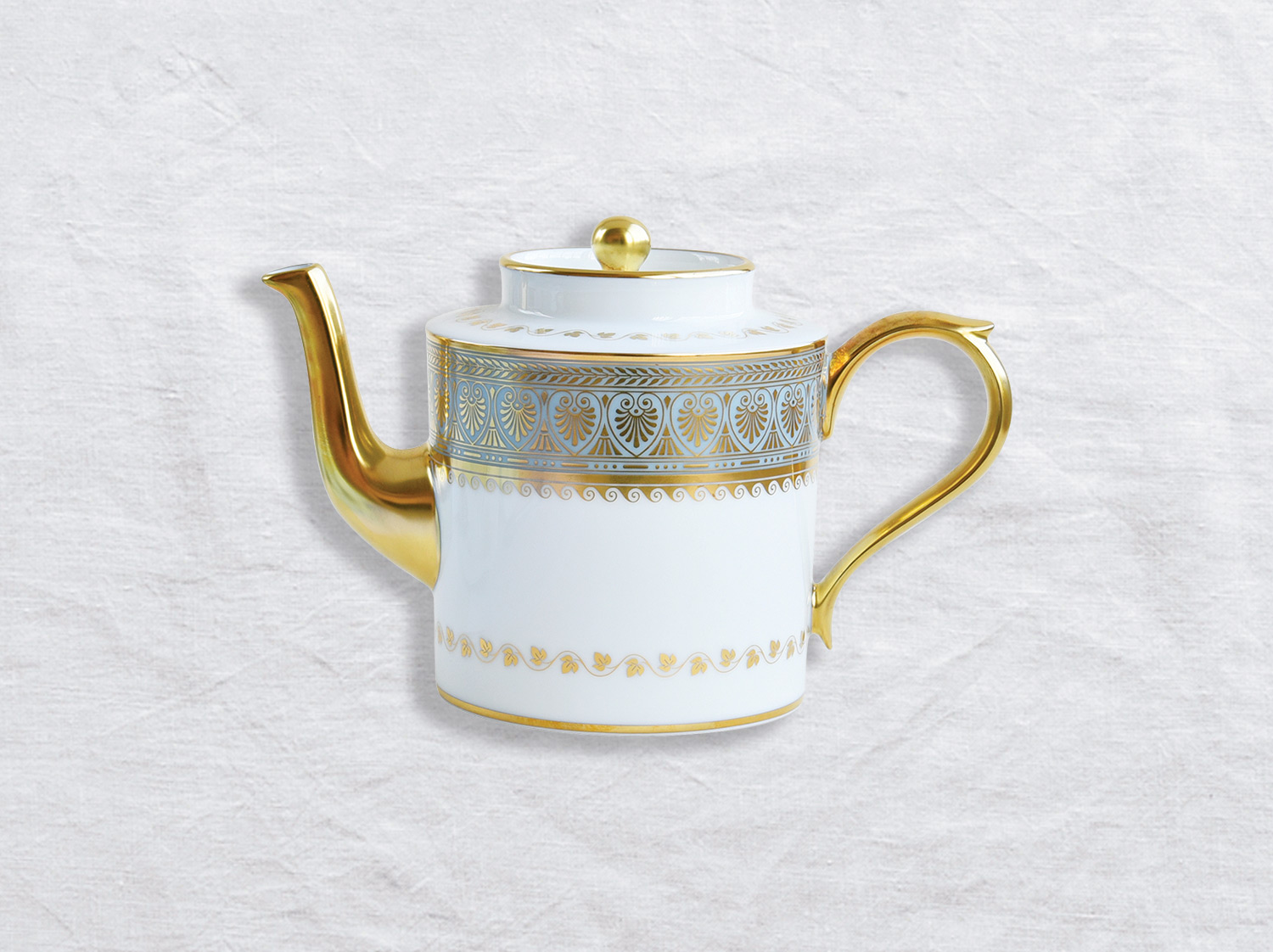 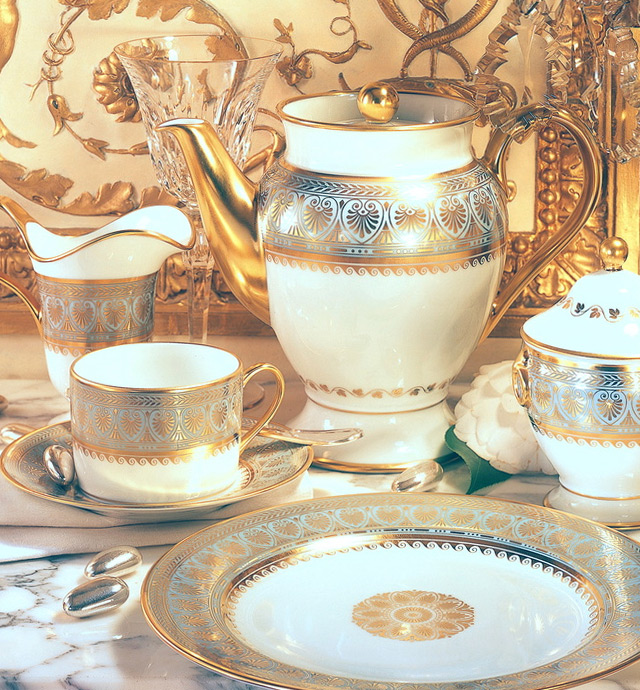 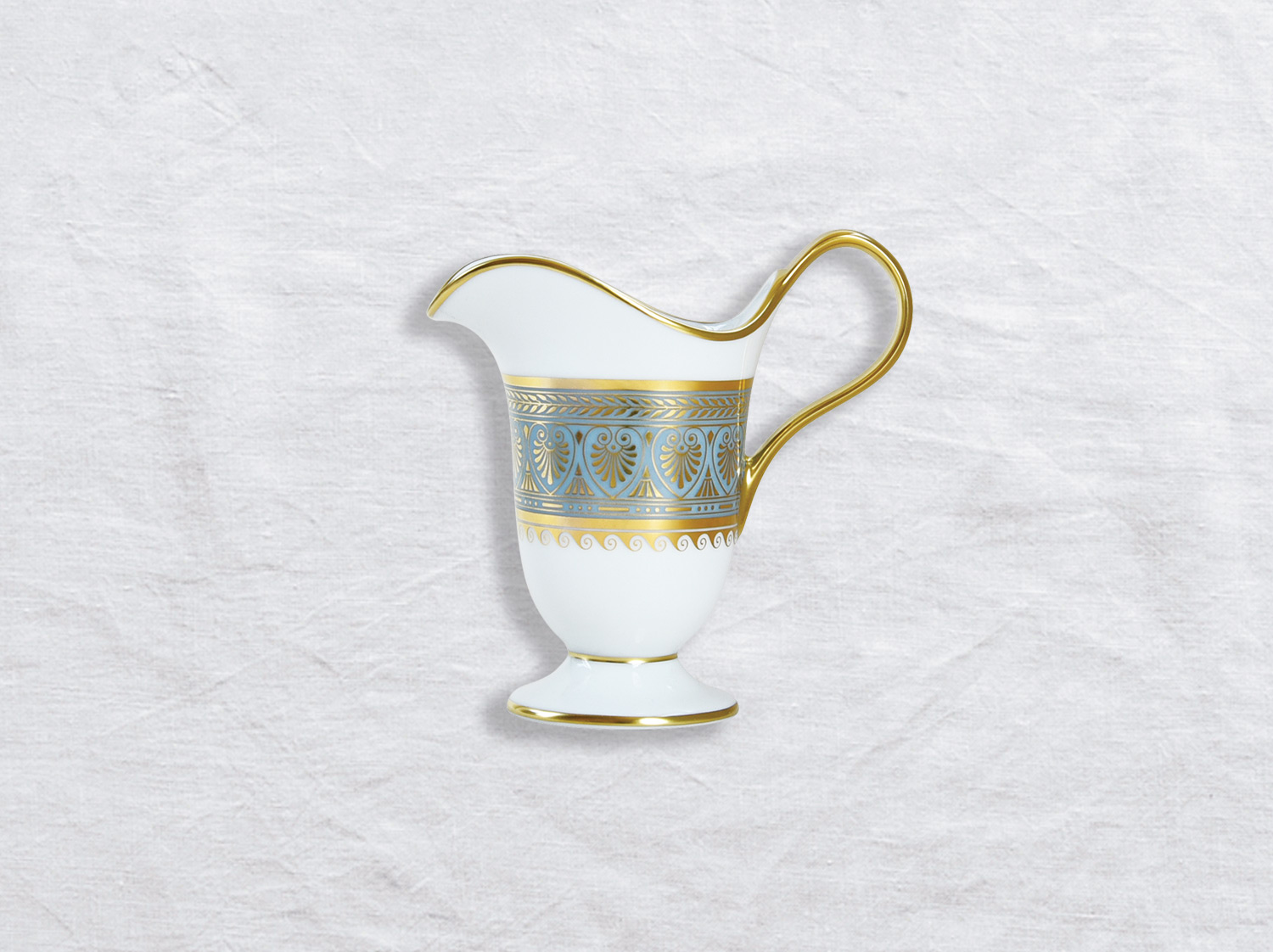 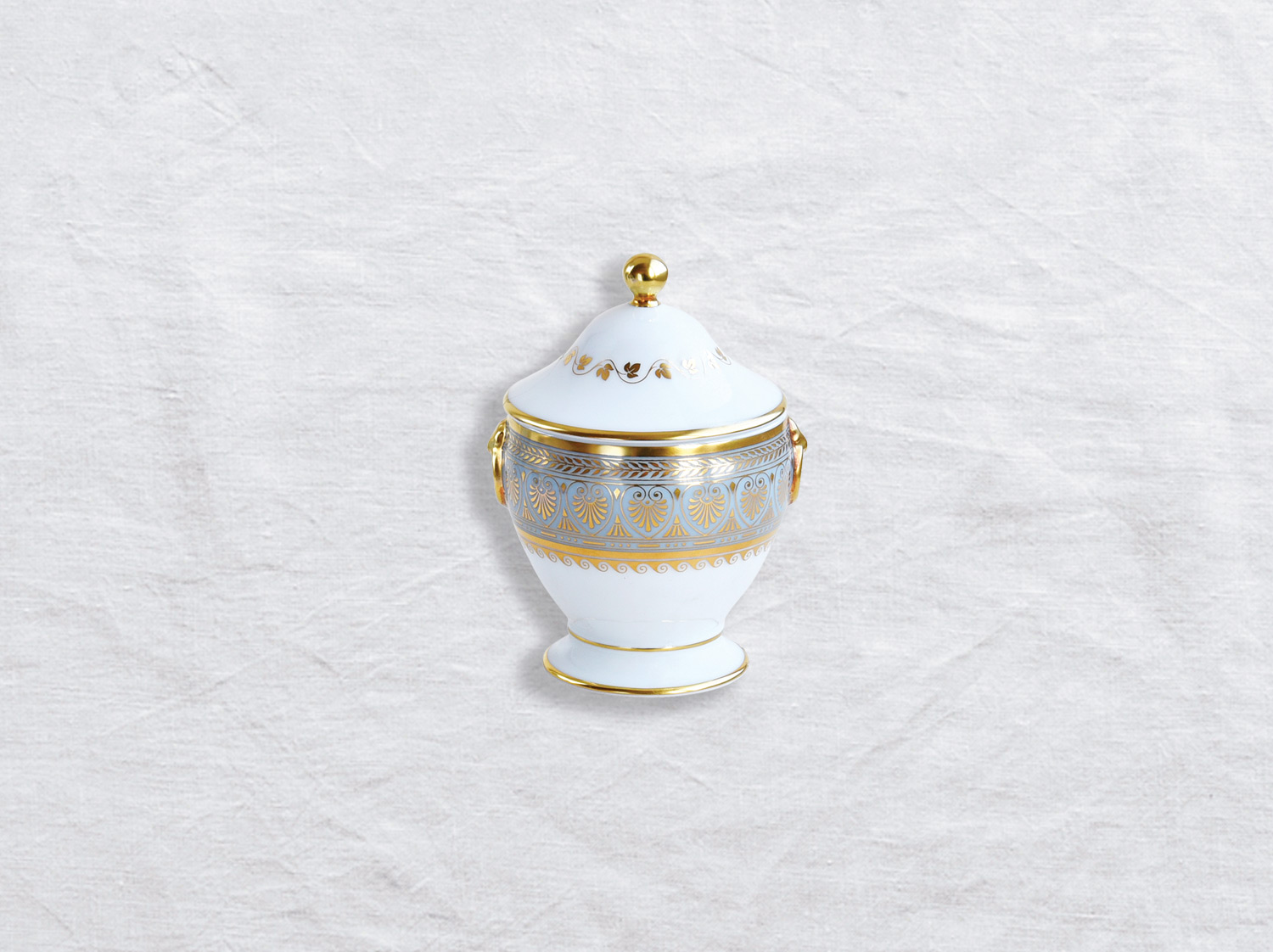 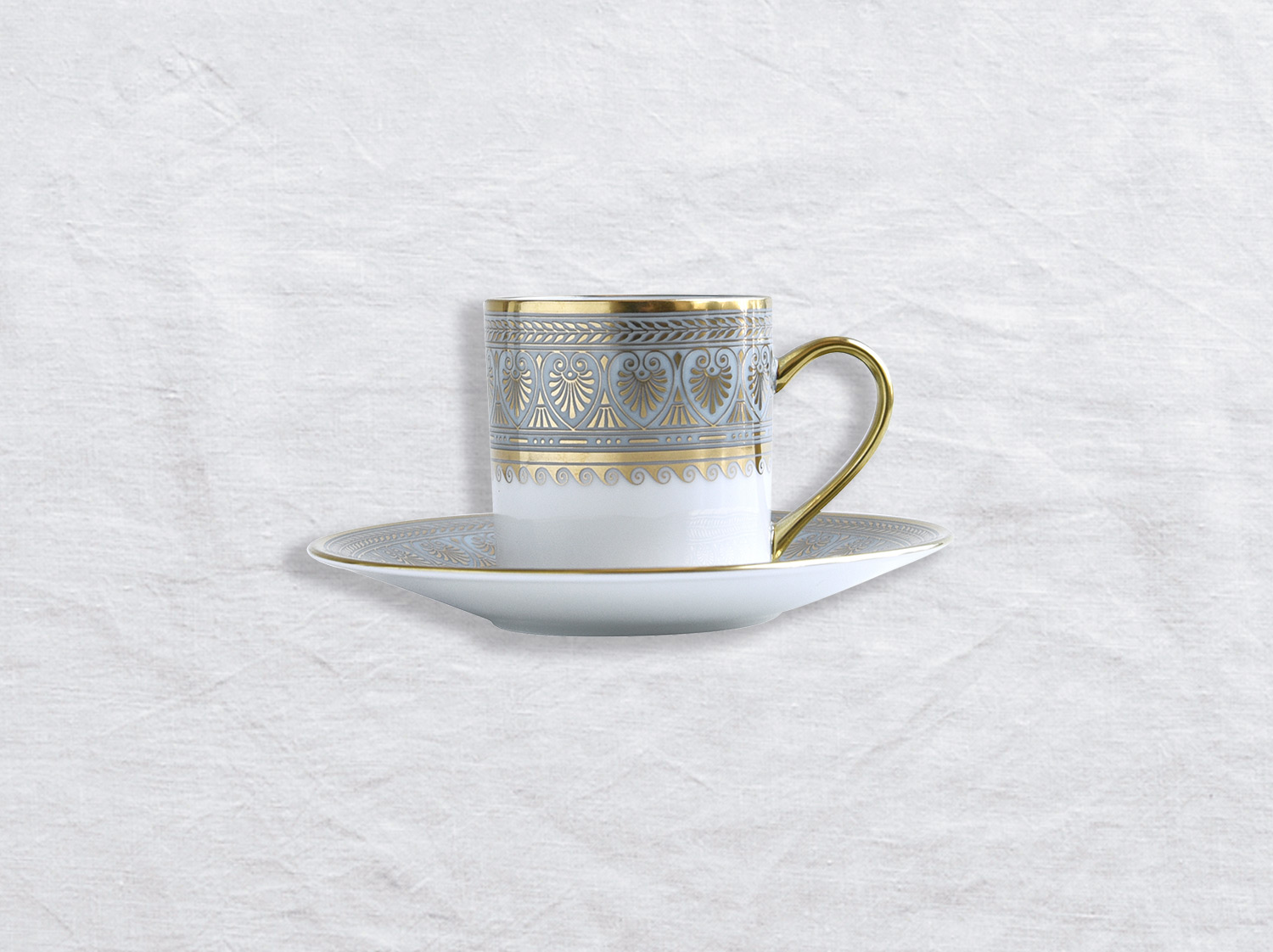 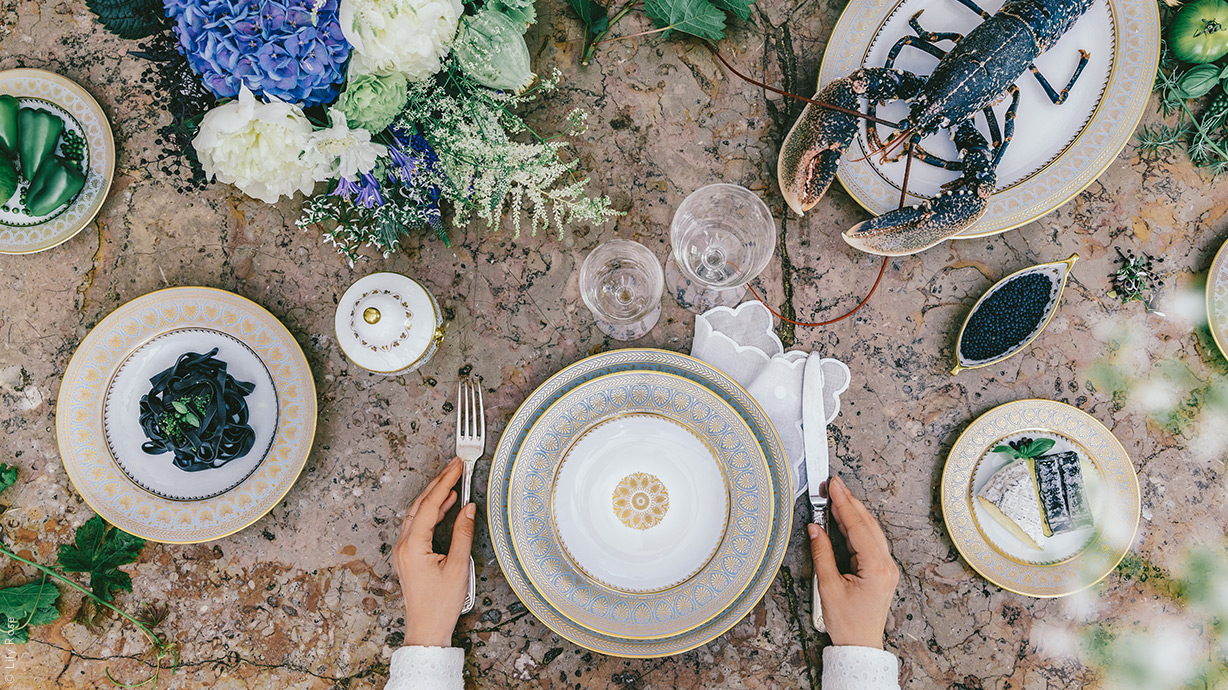 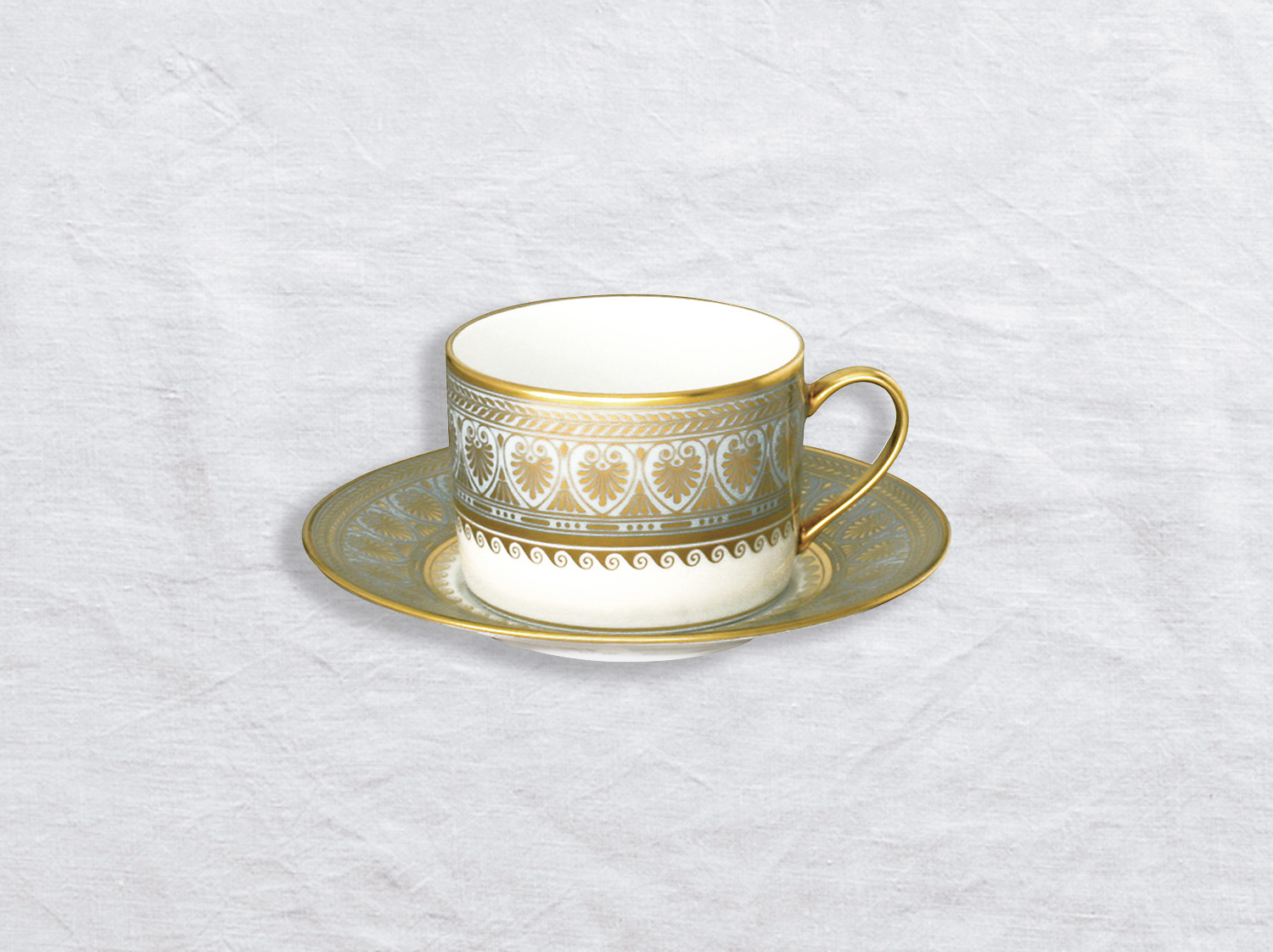 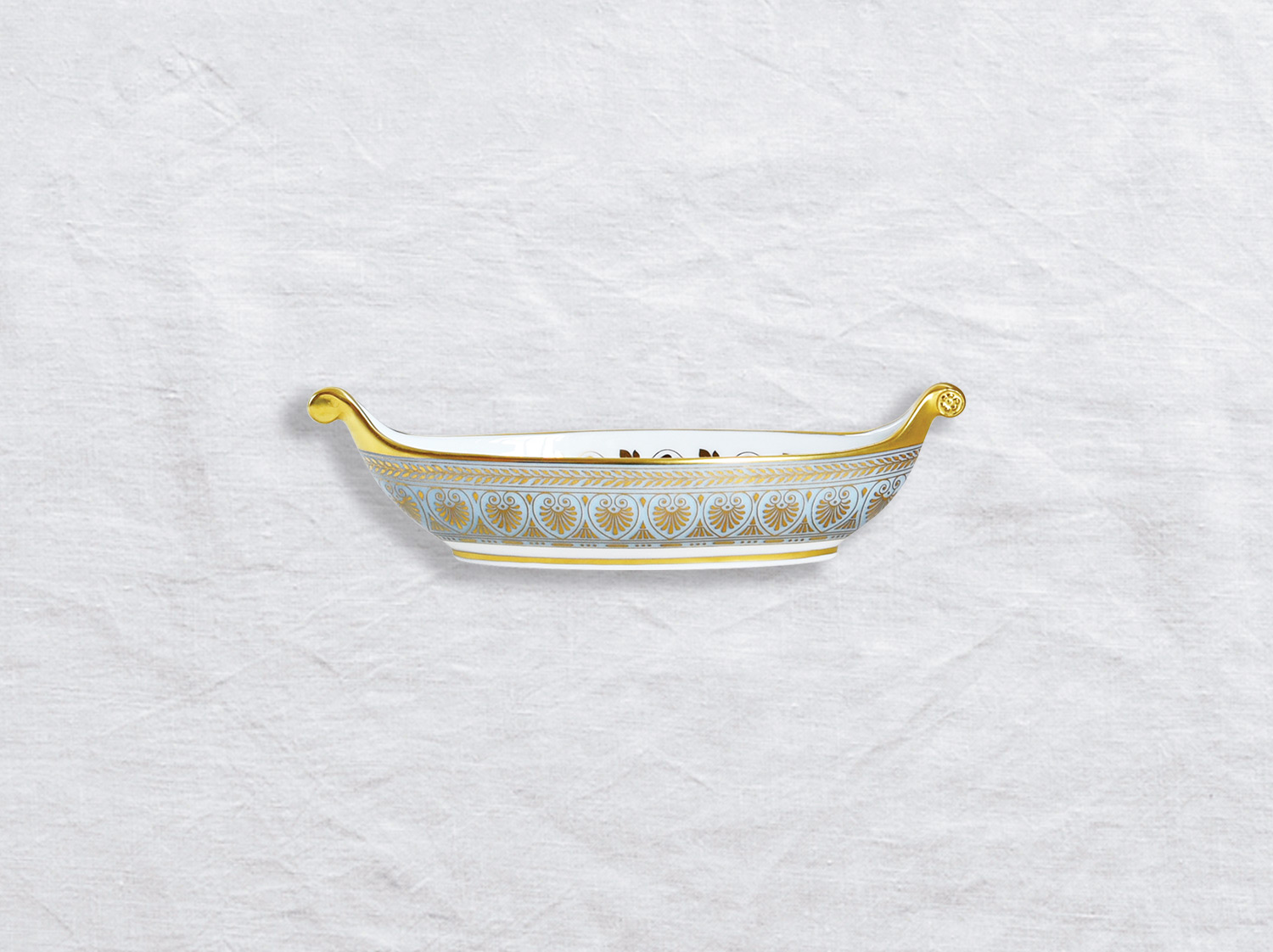 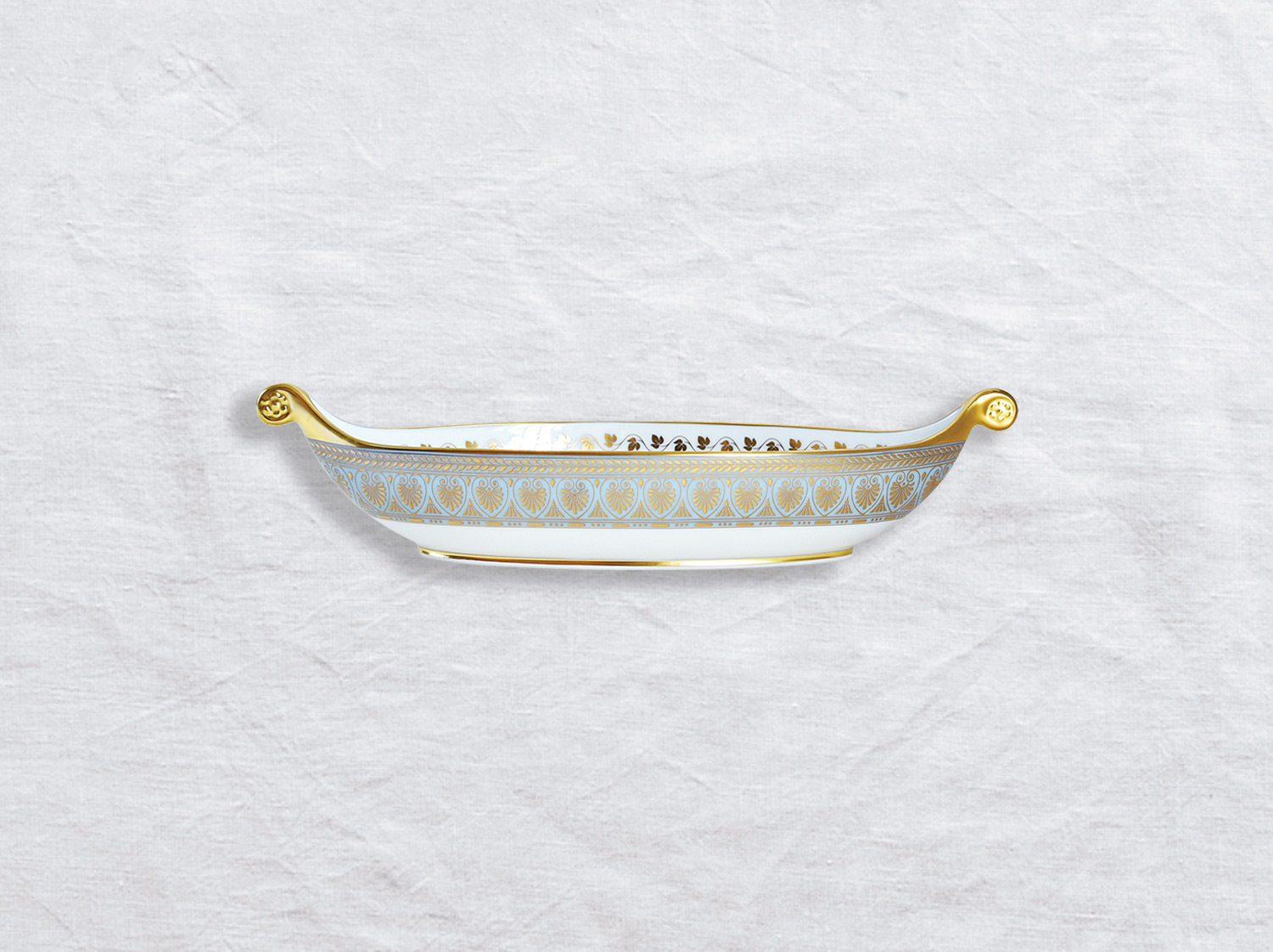