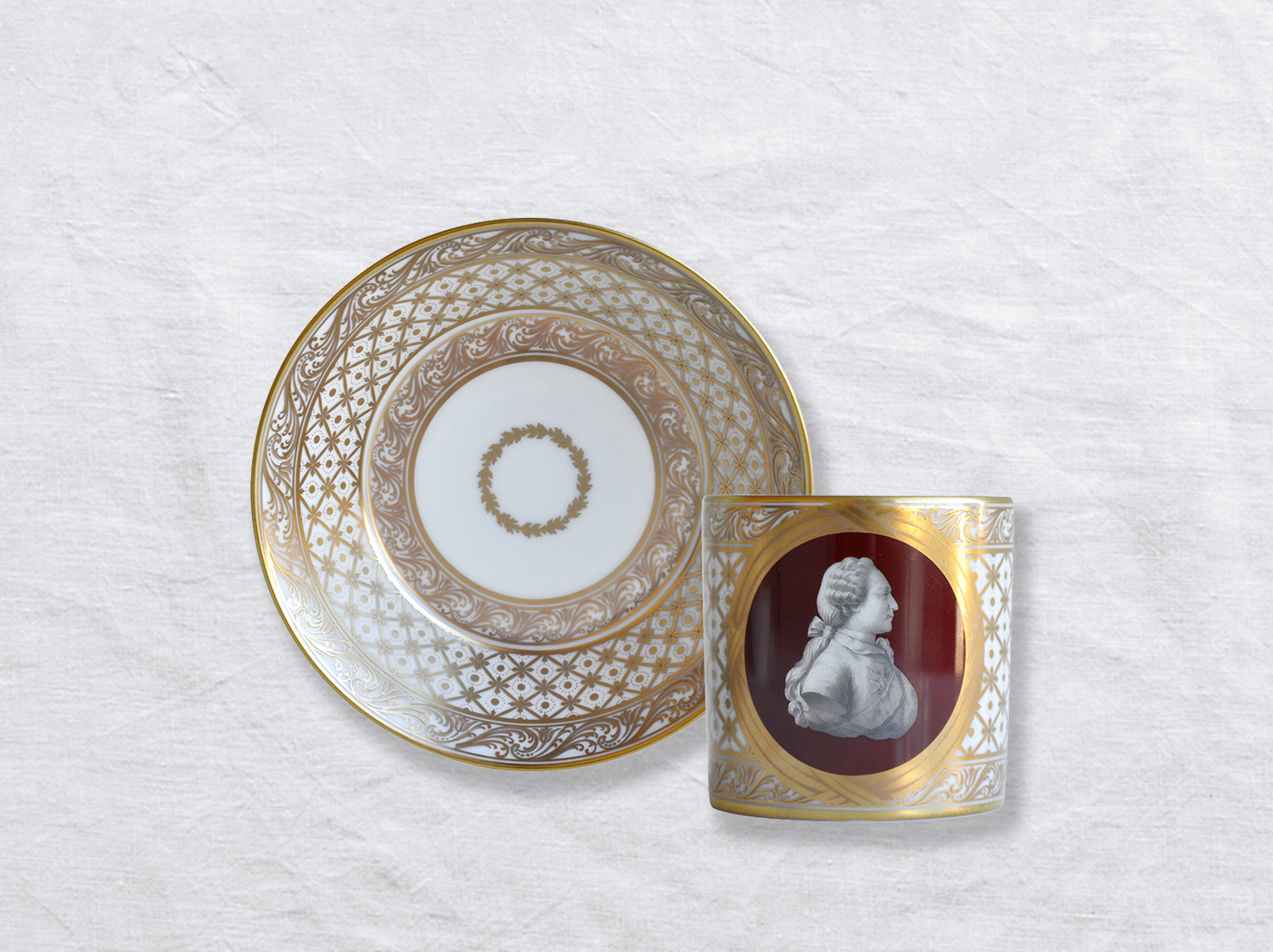 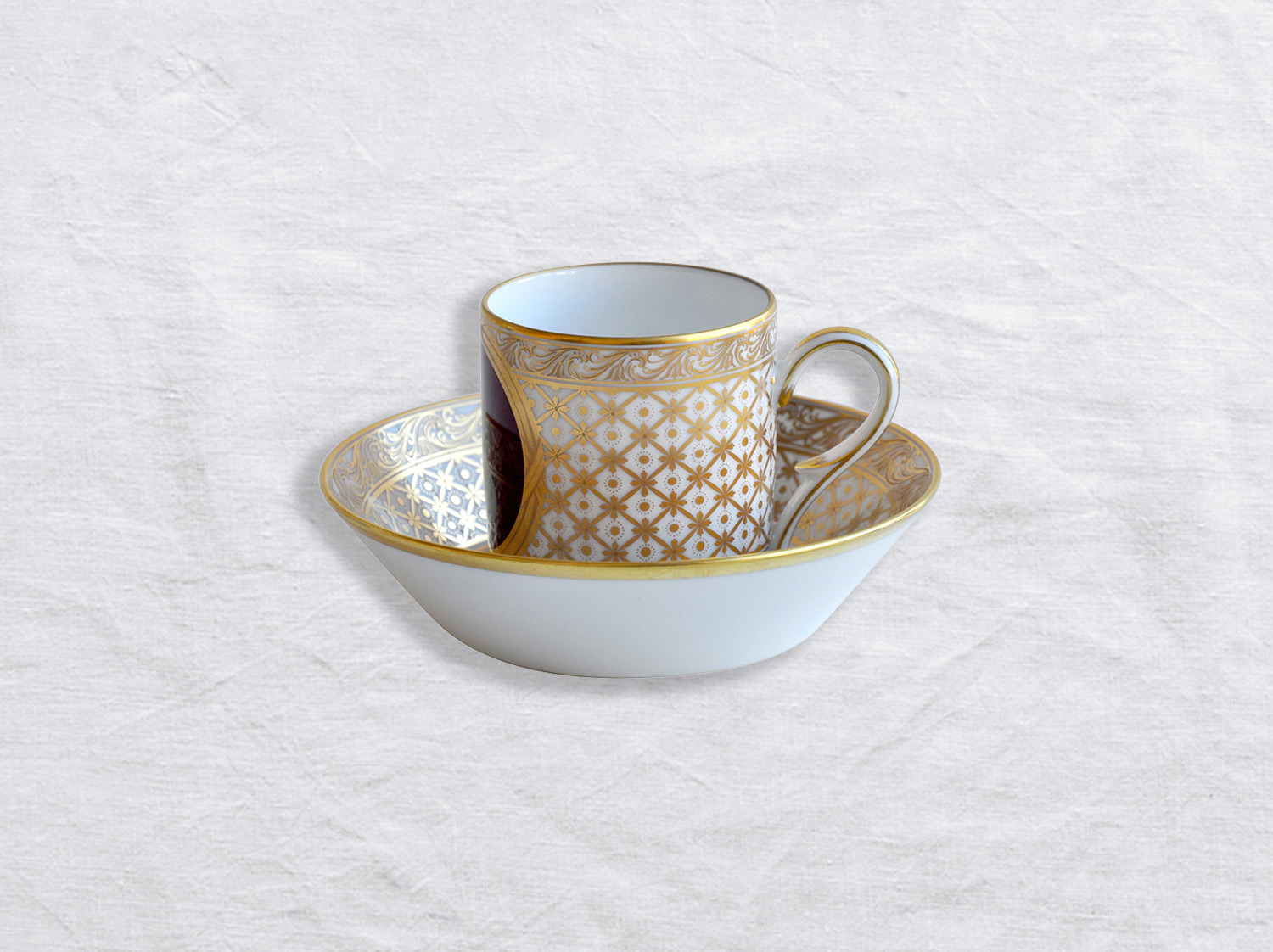 This is an identical replica of a coffee cup made at the Sèvres manufacture in 1773. It represents Louis XVI (1754-1793) and is part of a set of two litron cups, one bearing his image and the other of Marie Antoinette. The cups and saucers are decorated in similar fashion, but with friezes that differ in design.

The Au Roi Louis XVI coffee cup bears a medallion with a crimson background and, in the center, the king’s profile painted in grisaille, creating the impression of a cameo. The original was the work of a painter named Pithou the Elder. The great refinement of the design emphasizes the details of the king’s face, hair and attire, subtly playing up the contrast between light and shadow.

The cup and saucer are decorated with a wide frieze in a criss-cross pattern studded with daisies and decorated in the center with a «partridge eye.» The frieze is edged at the top and bottom with bands of tulip fronds in burnished gold, originally the work of a gilder at the Sèvres manufacture named Pierre the Elder.

The criss-crossed frieze is set between bands of graceful scrolls in a geometric arrangement recalling the decorative elements of the king’s furniture, which inspired the unique elegance of the Louis XVI style.

The original of this cup is at the Musée Carnavalet in Paris.

Please note that we will not be able to ship this exceptional piece within 15 days, please contact our Customer Service for more information: + 1 212 371 4300.

Free shipping for amount over $150 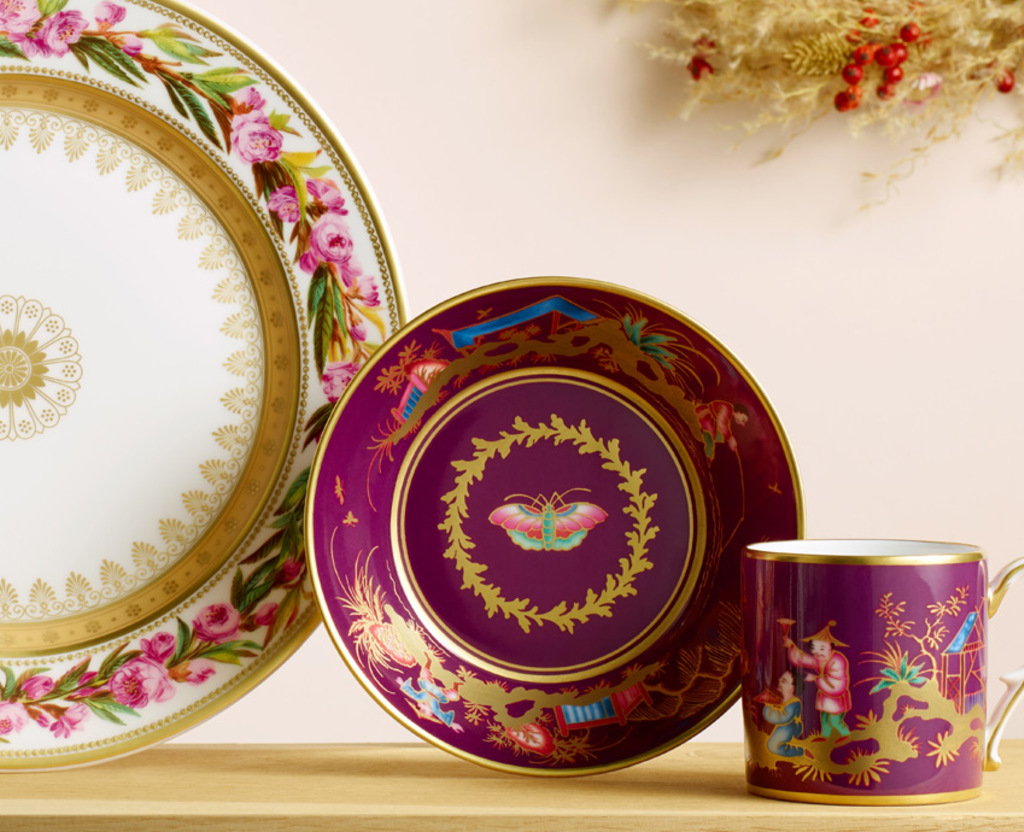 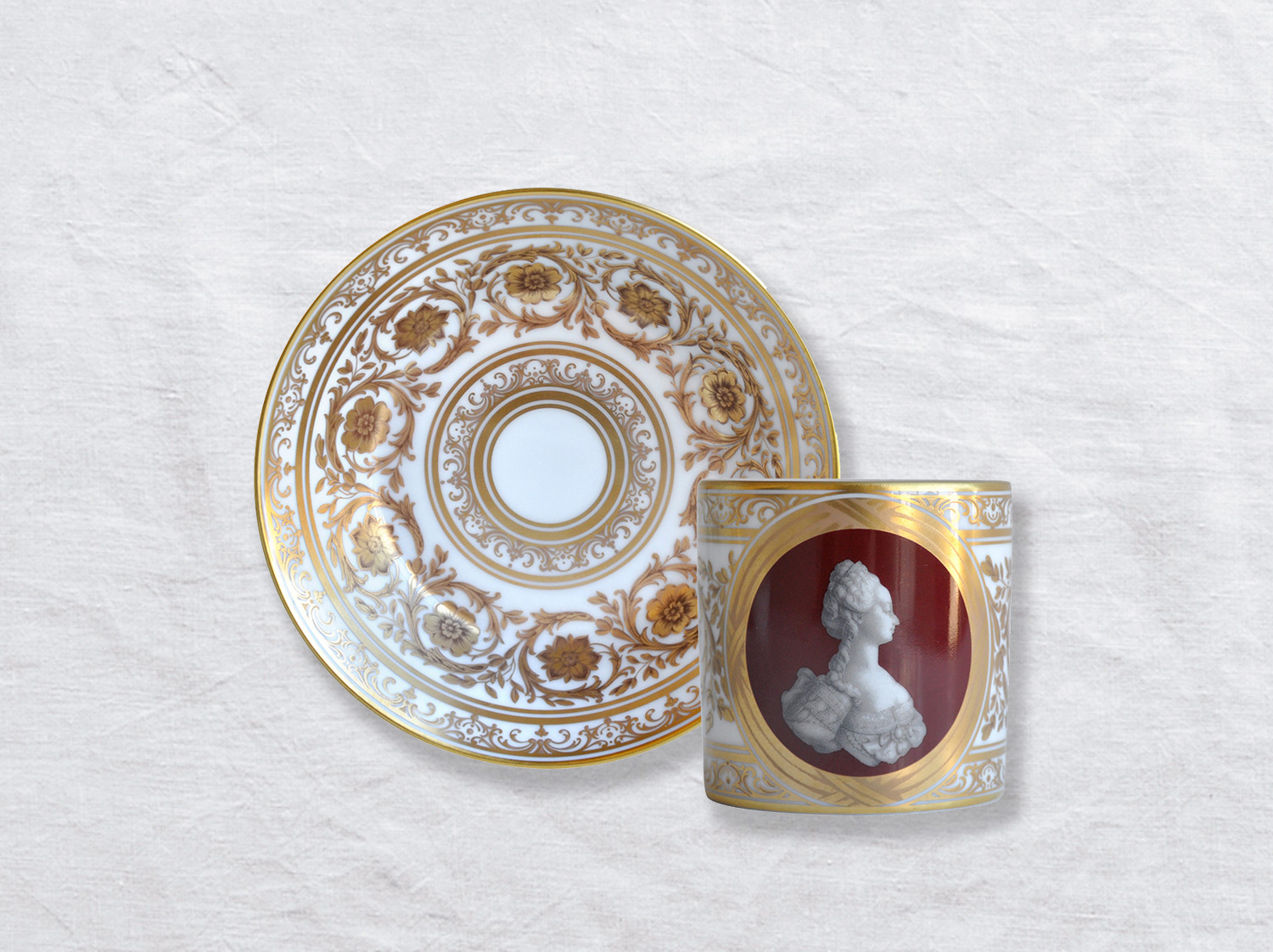 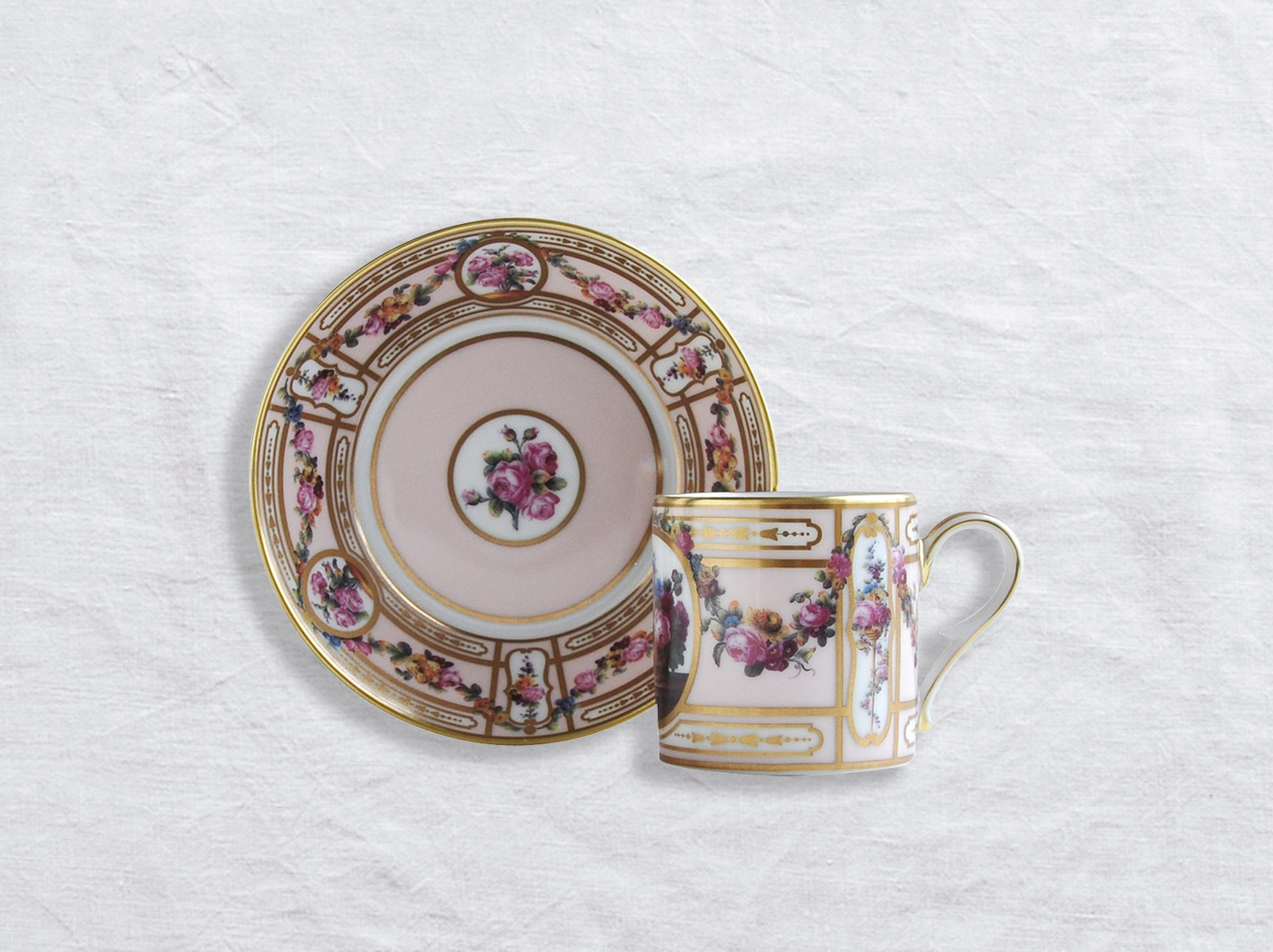 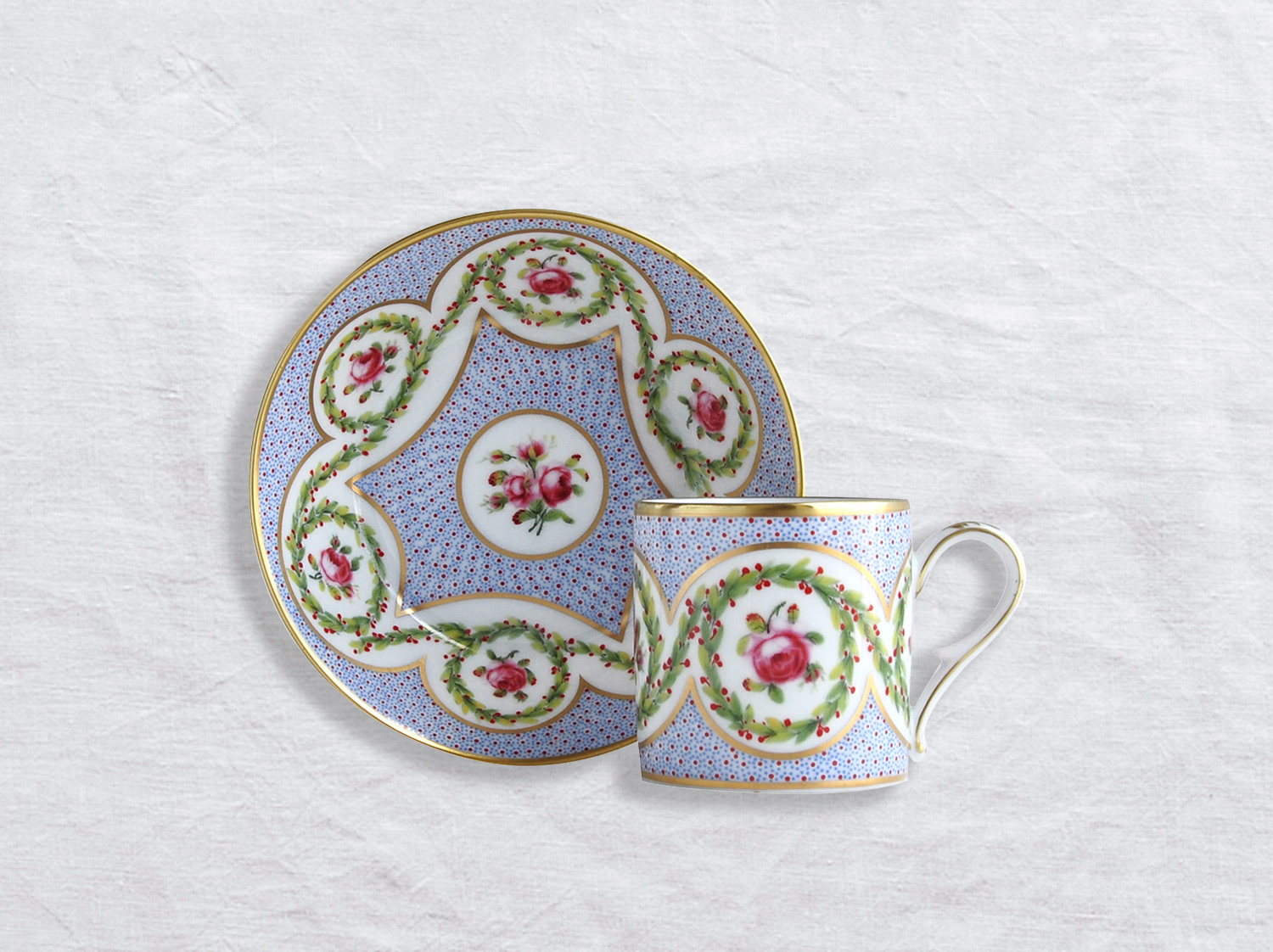 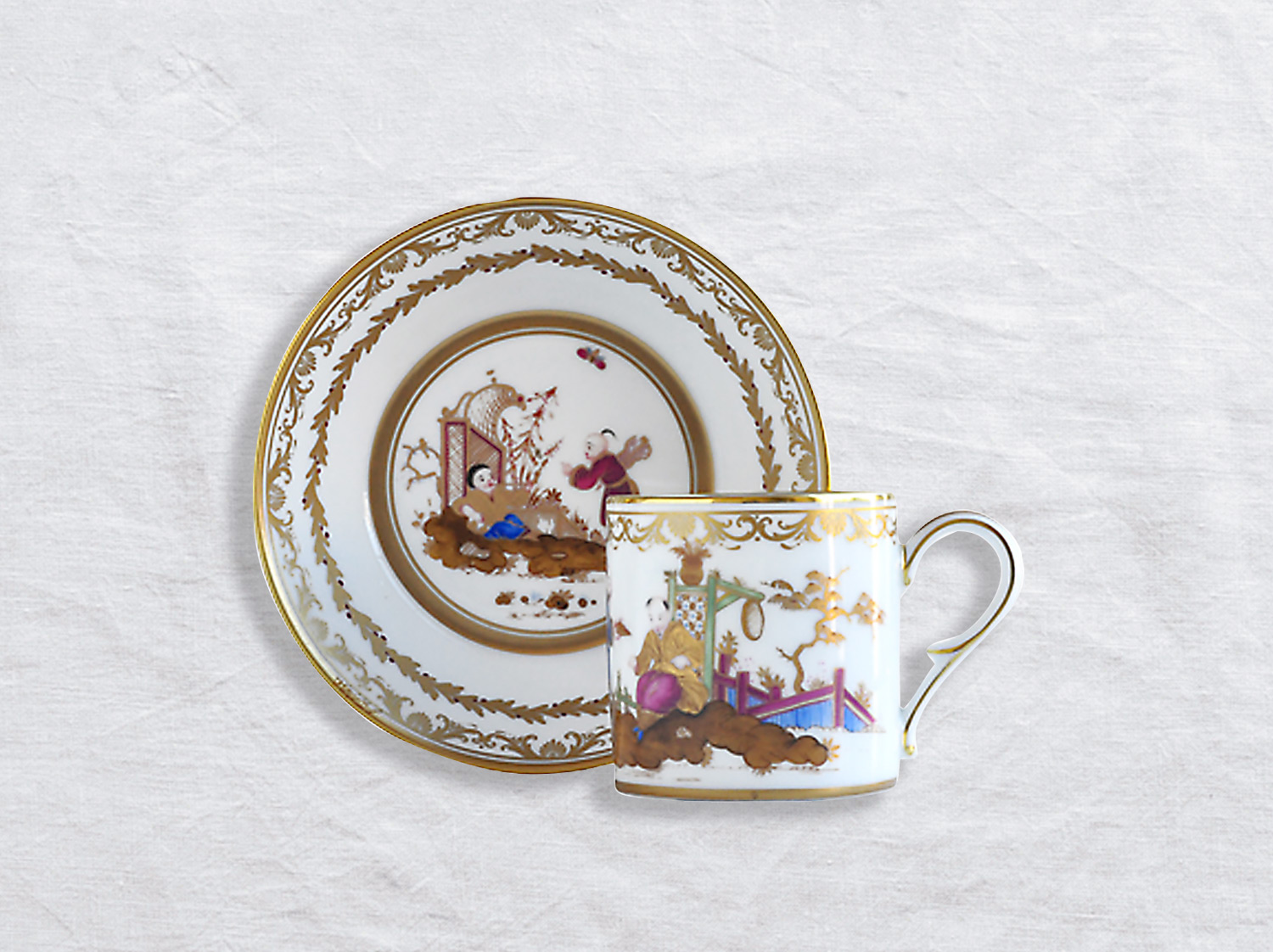