This service was delivered to Louis XV in 1757, by the Royal Sèvres Manufactory. The King intended it for Fontainebleau, the royal residence of which he was extremely fond. These magnificent pieces were the King’s everyday table settings, as demonstrated by the manufactory’s records.
The delicacy of its scalloped shape is decorated by a fine gold band and a garland of roses in a unique color known as “cameoed carmine” and punctuated by gilded, Louis XV-style scrolls. The color, quite rare at the time, explains the higher cost of the service despite its seemingly simple appearance as well as the prominence of gold which enlivens the deep fuchsia tone of the design. This pattern could only be destined for a royal service.
The four deep fuchsia and gold monograms arranged in a star pattern at the center of the pieces emphasize the regal nature of this service.

Many of the original pieces remain at the Fontainebleau château. 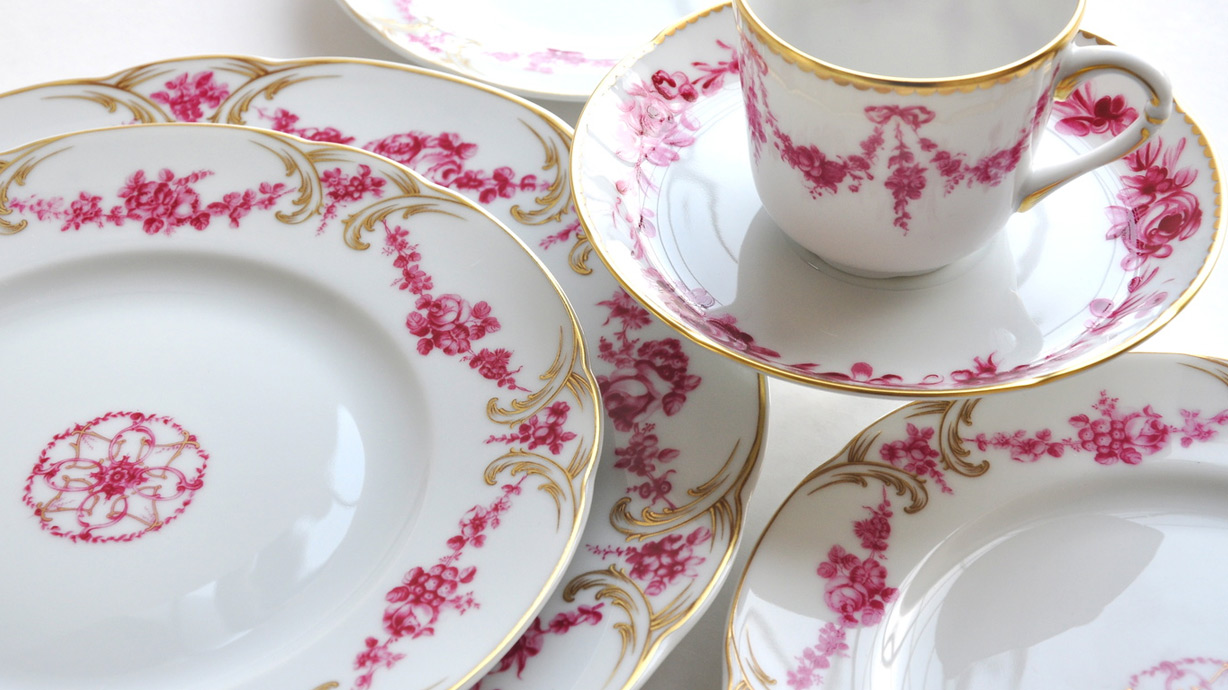 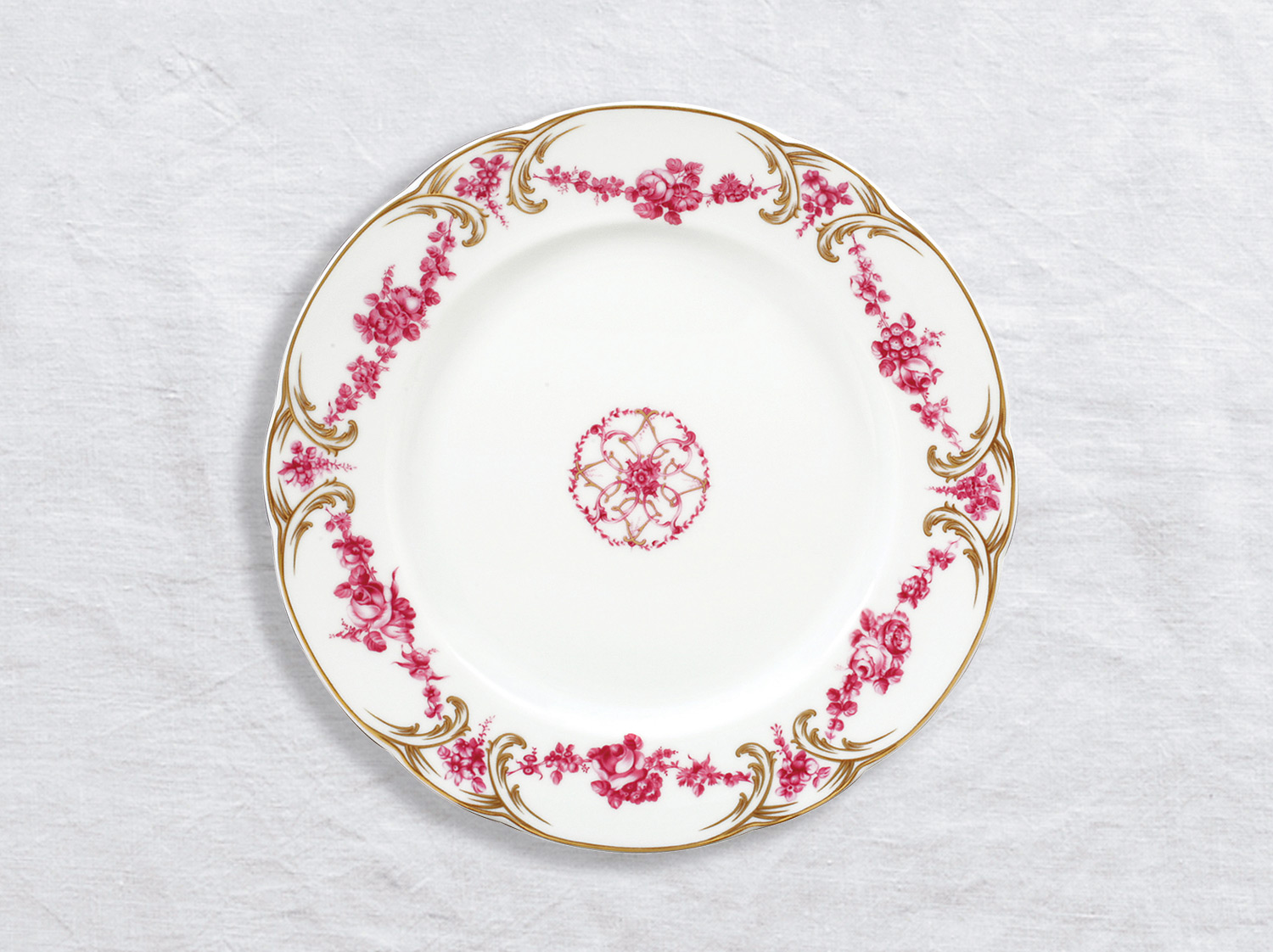 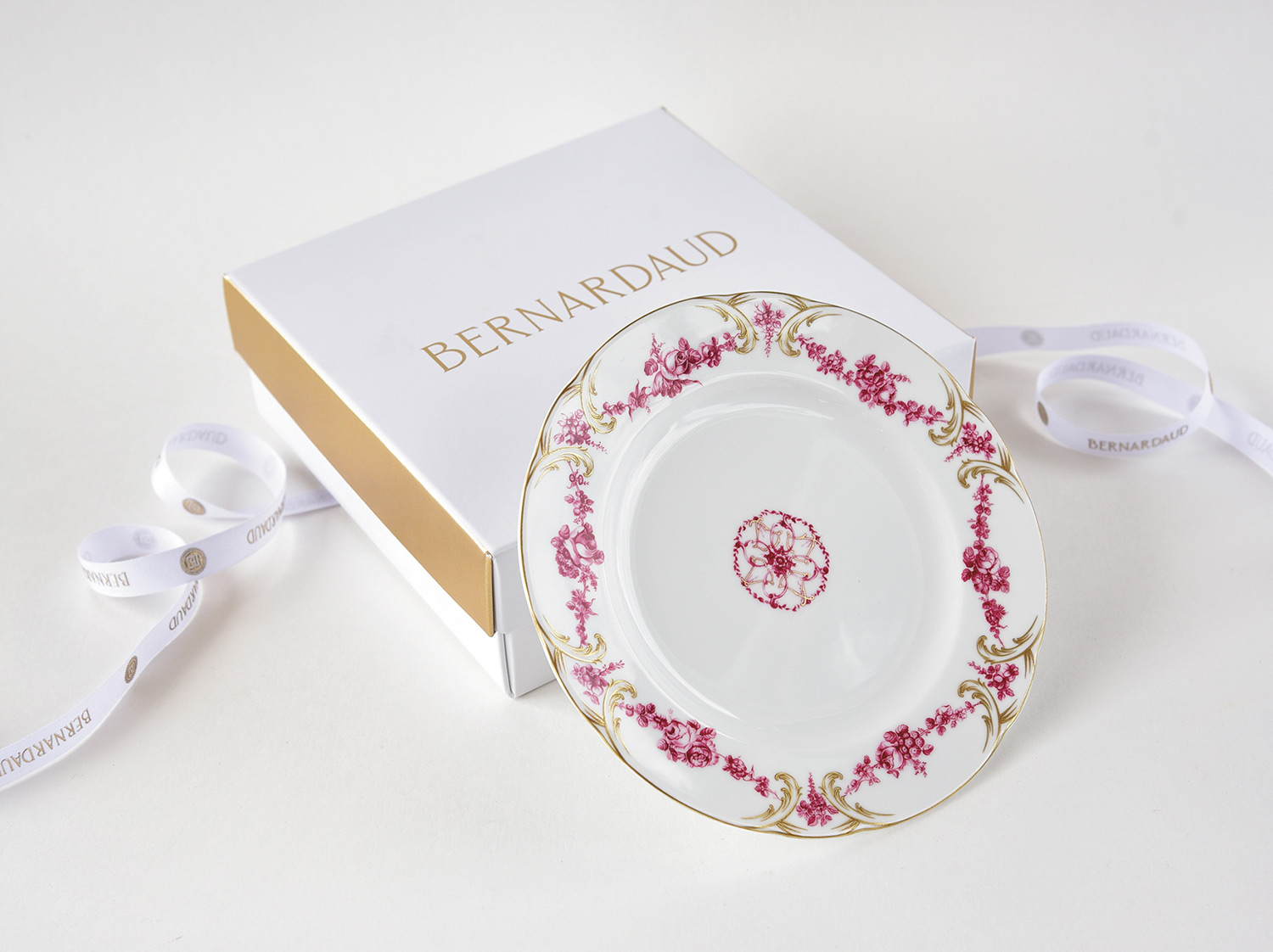 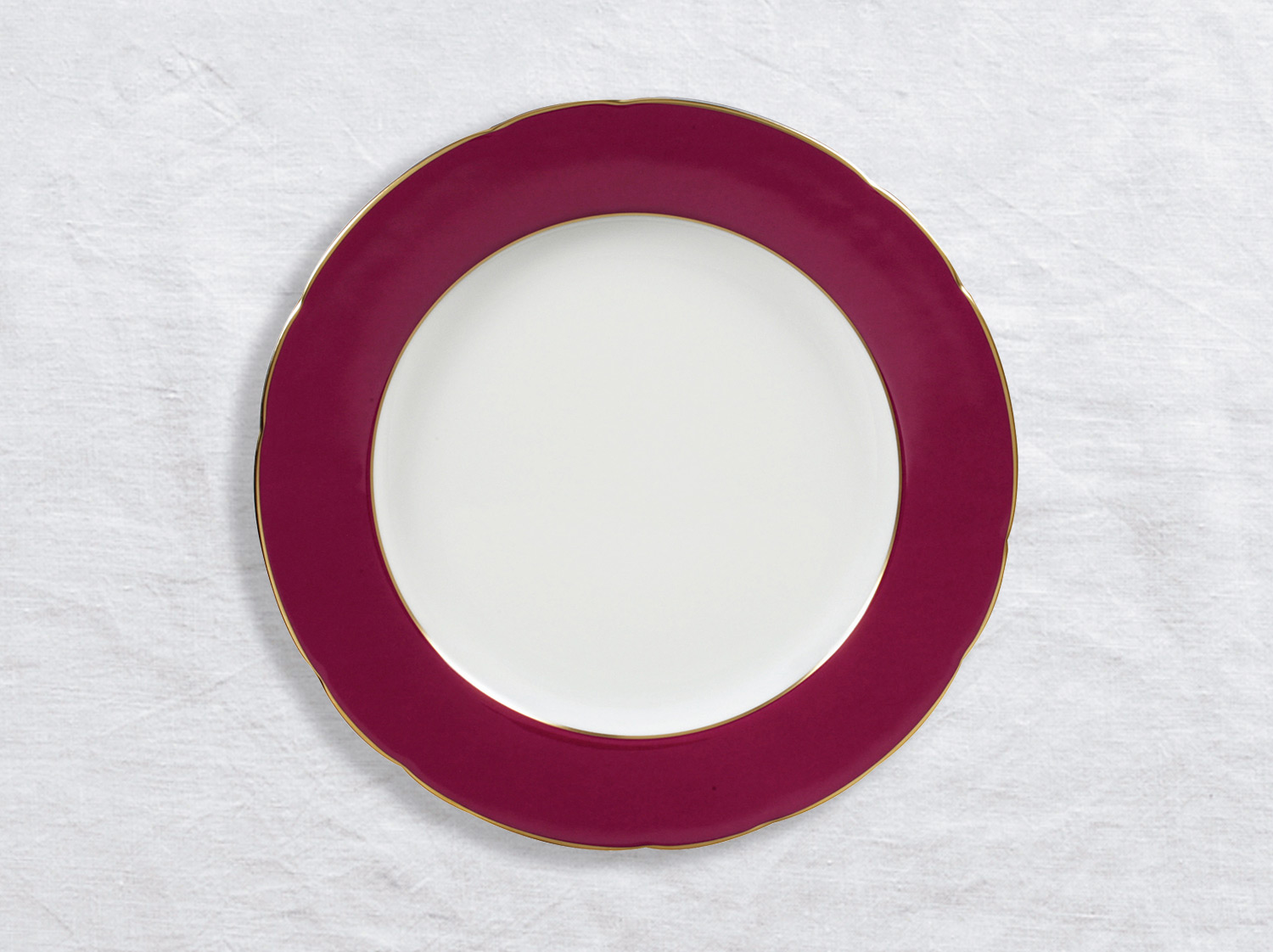 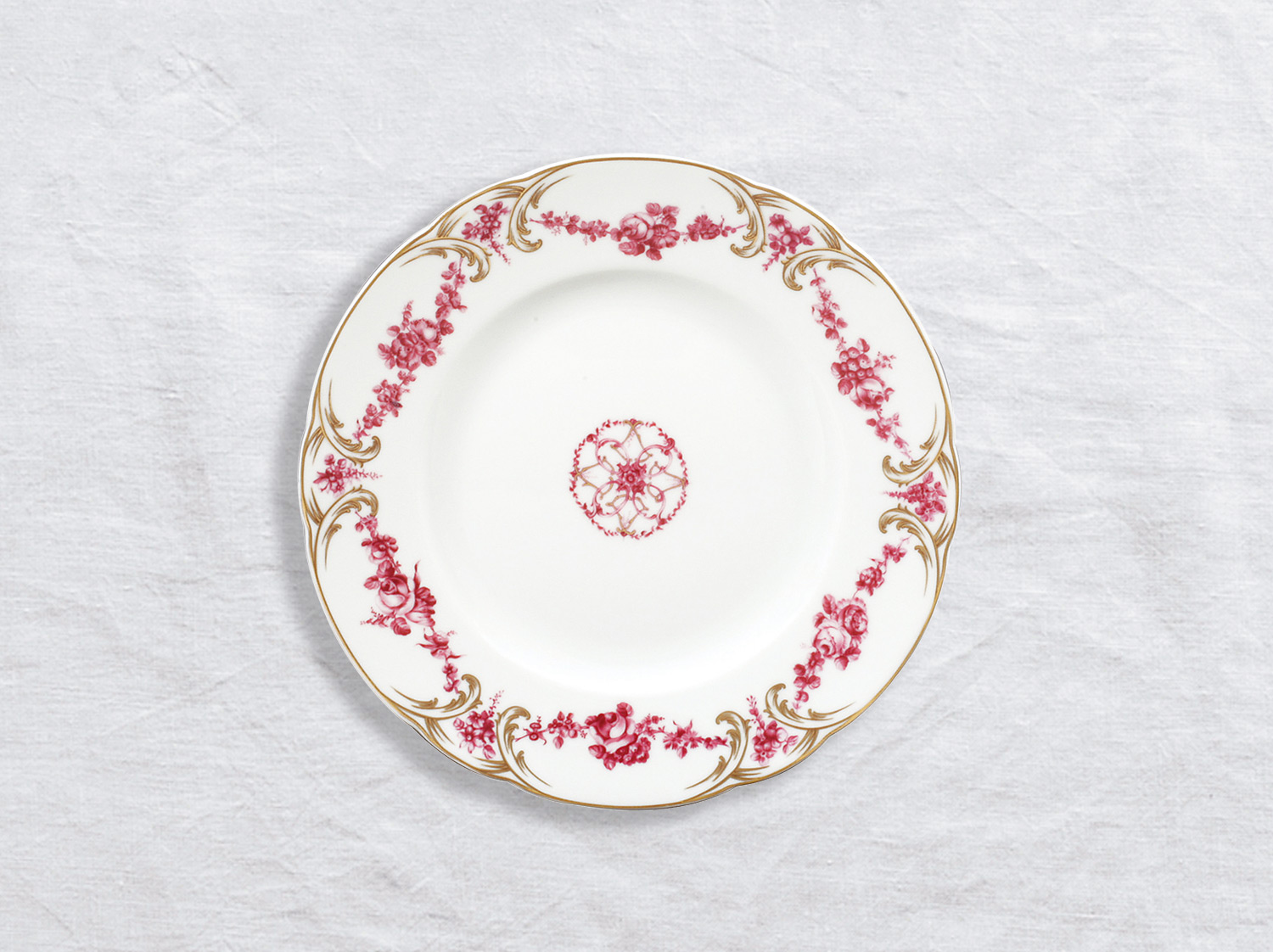 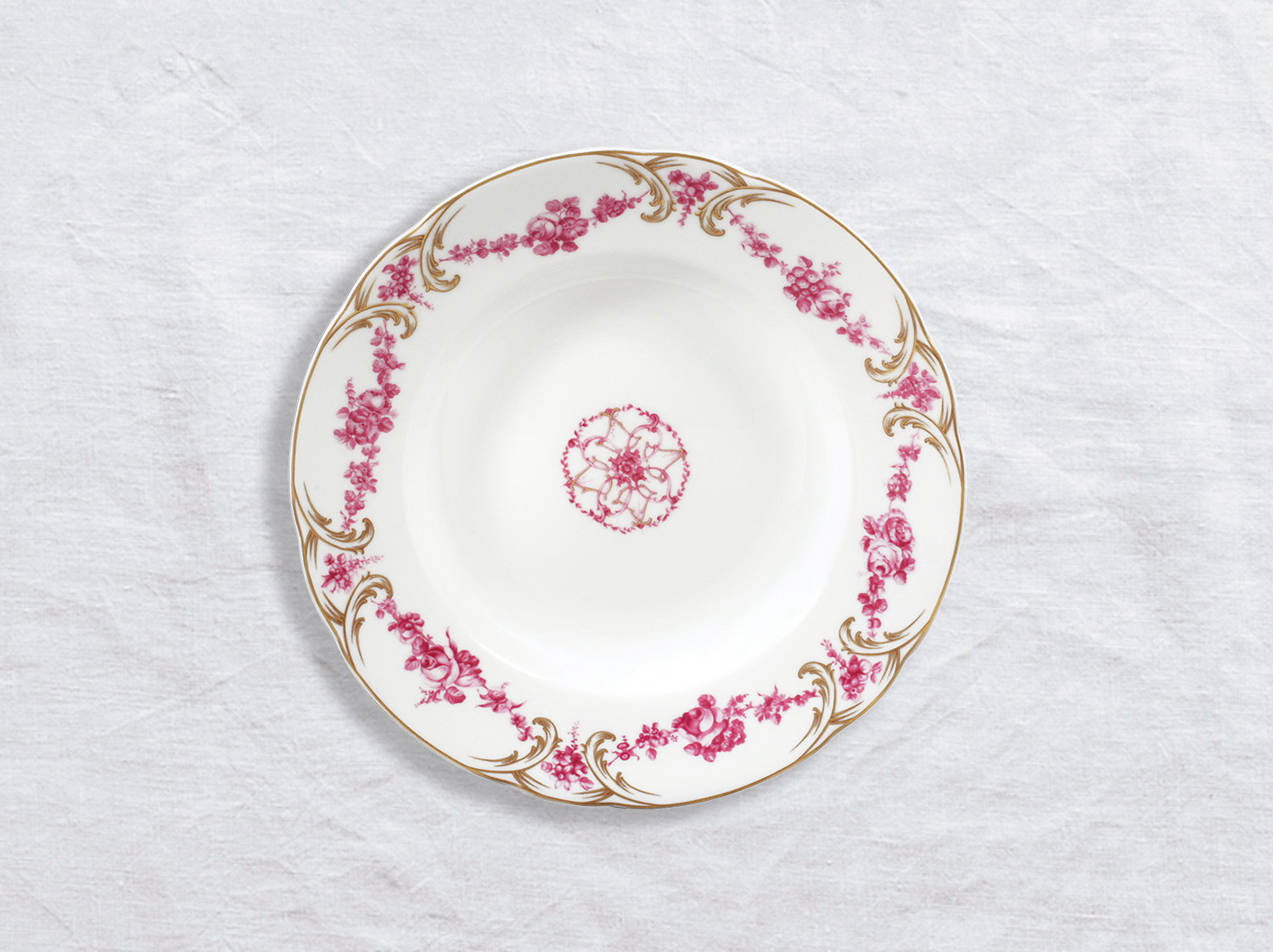 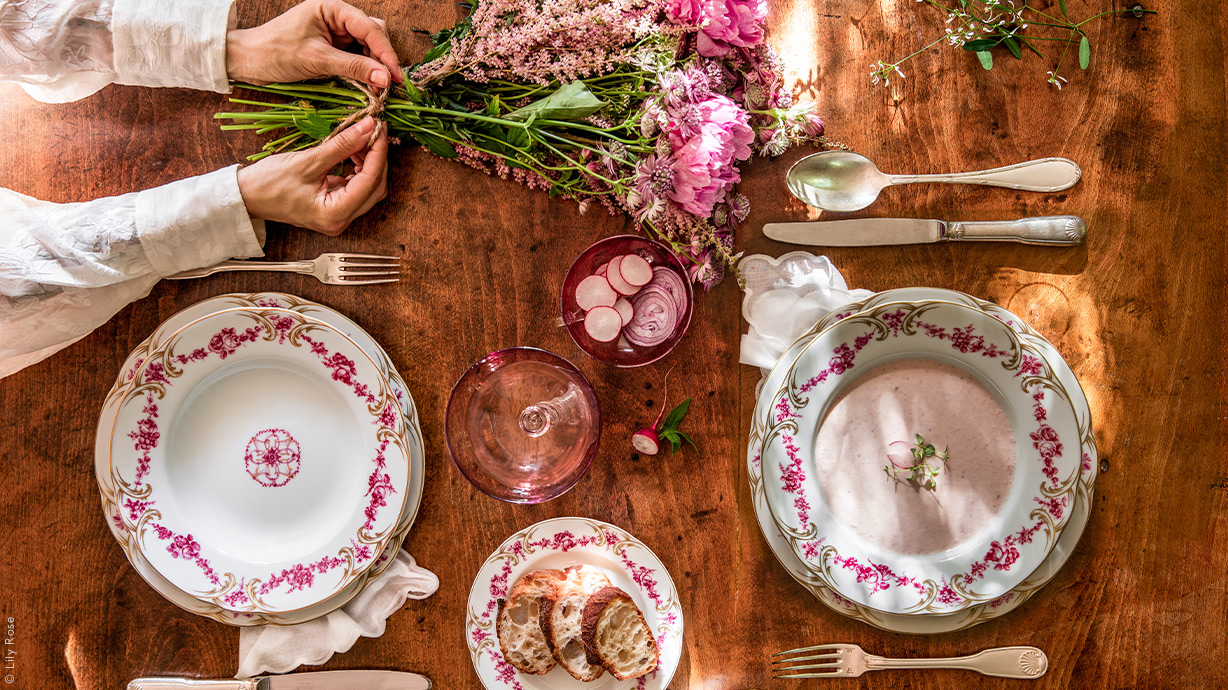 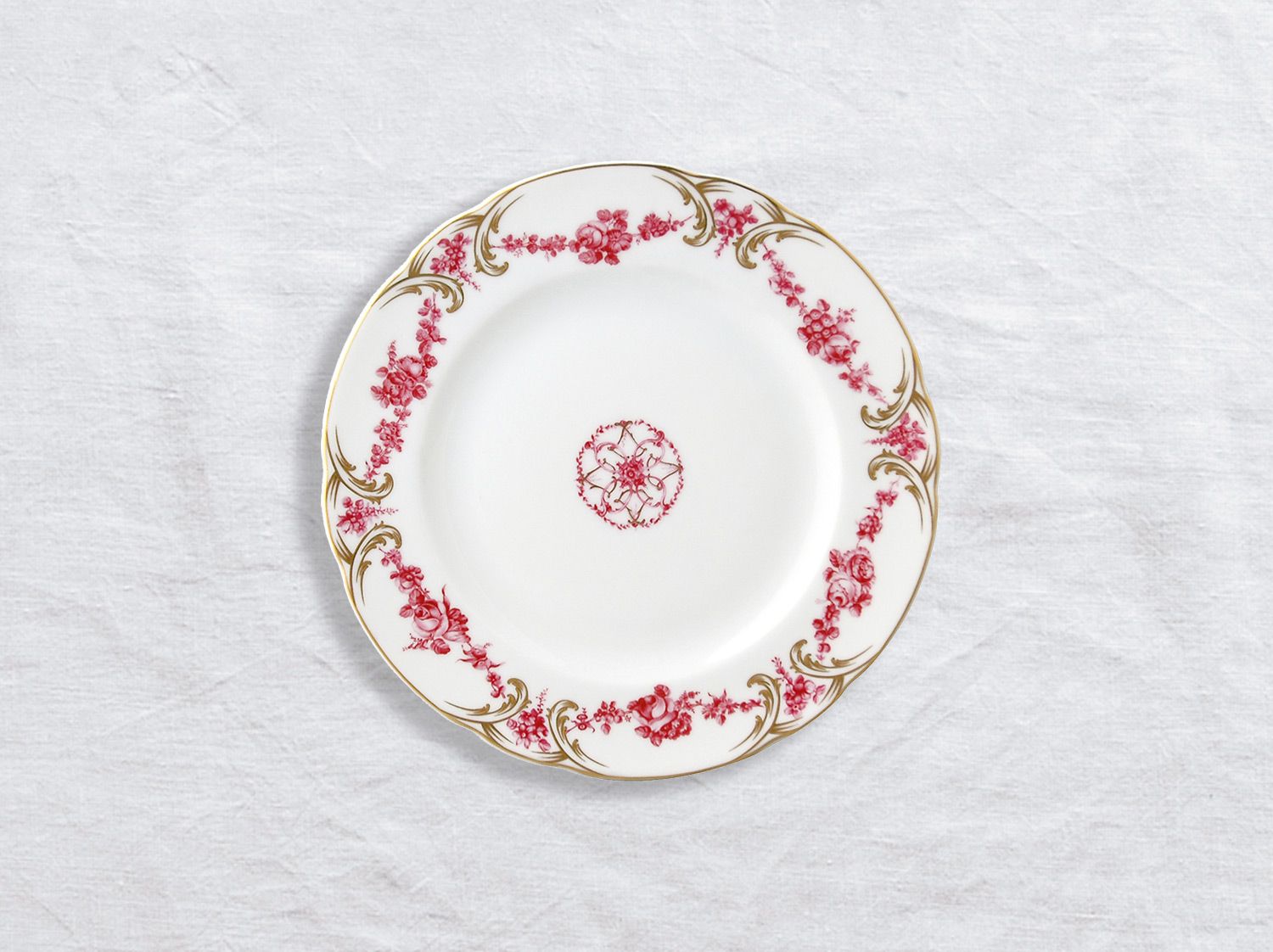 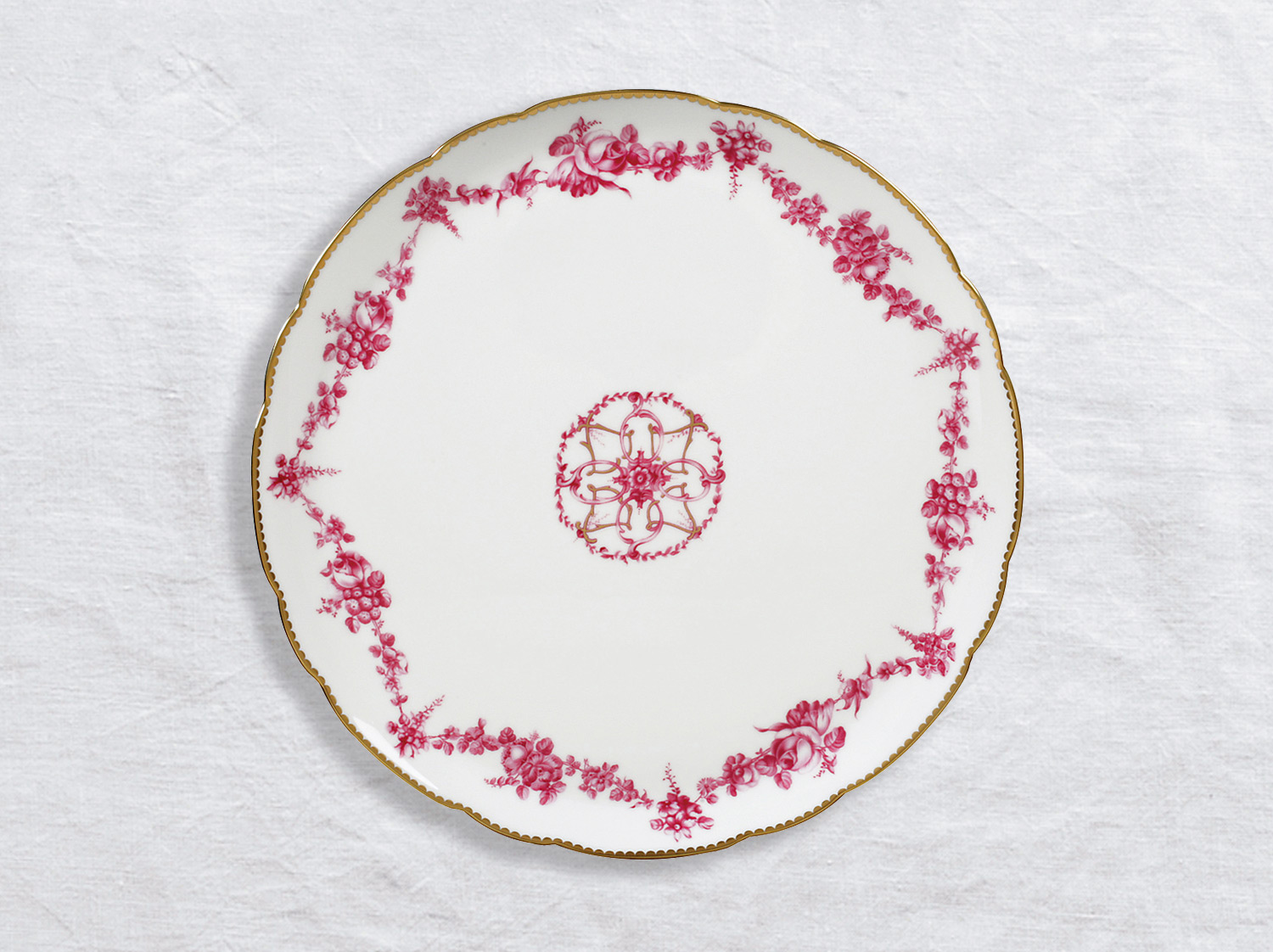 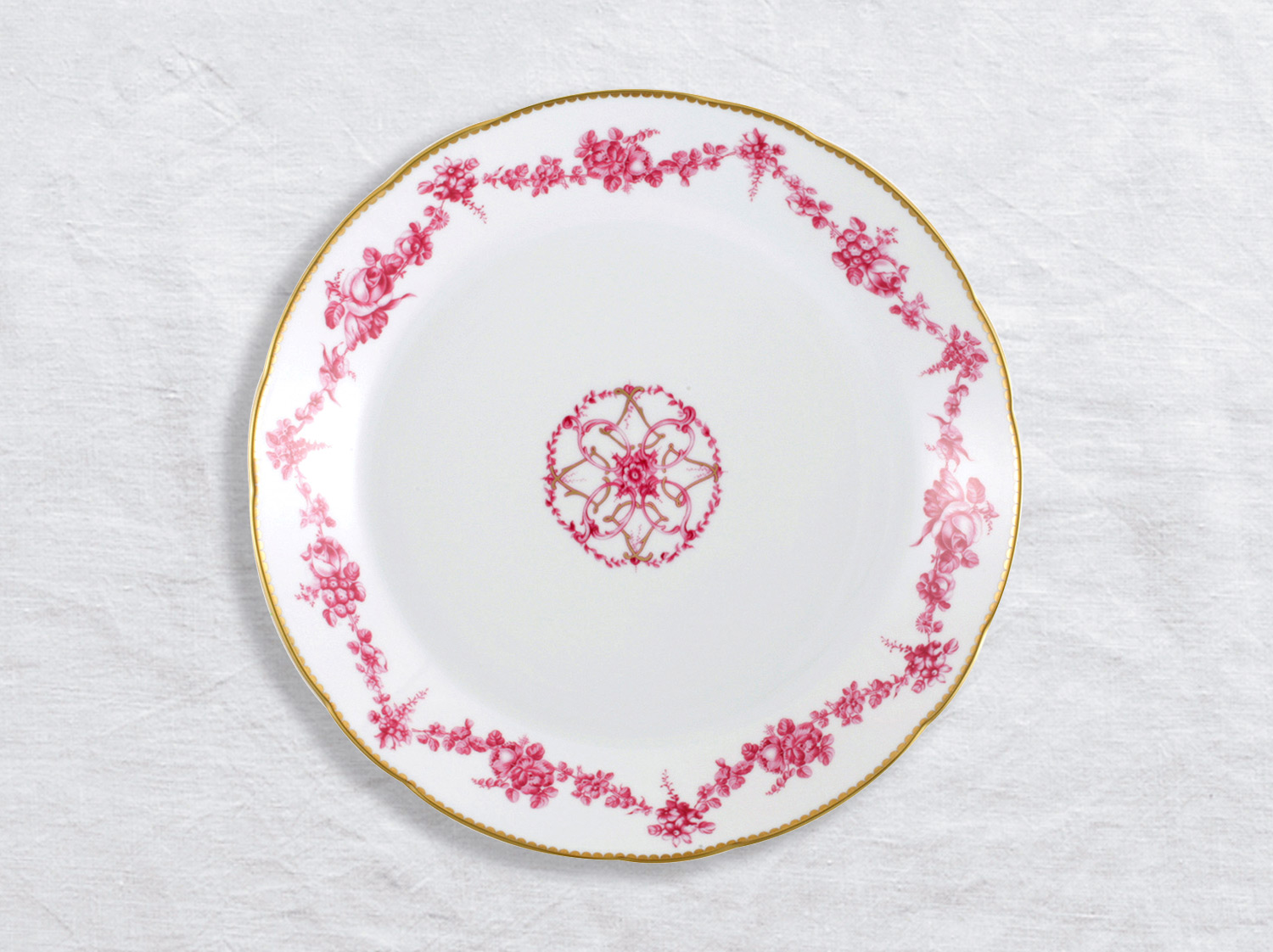 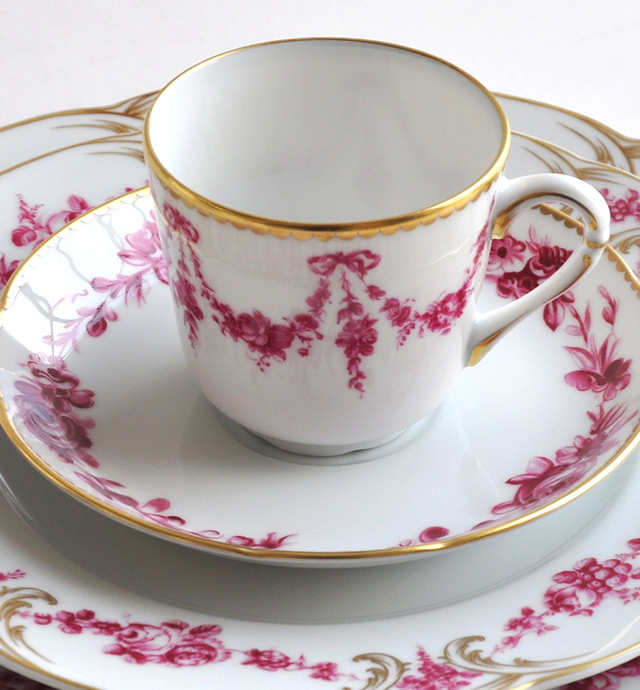 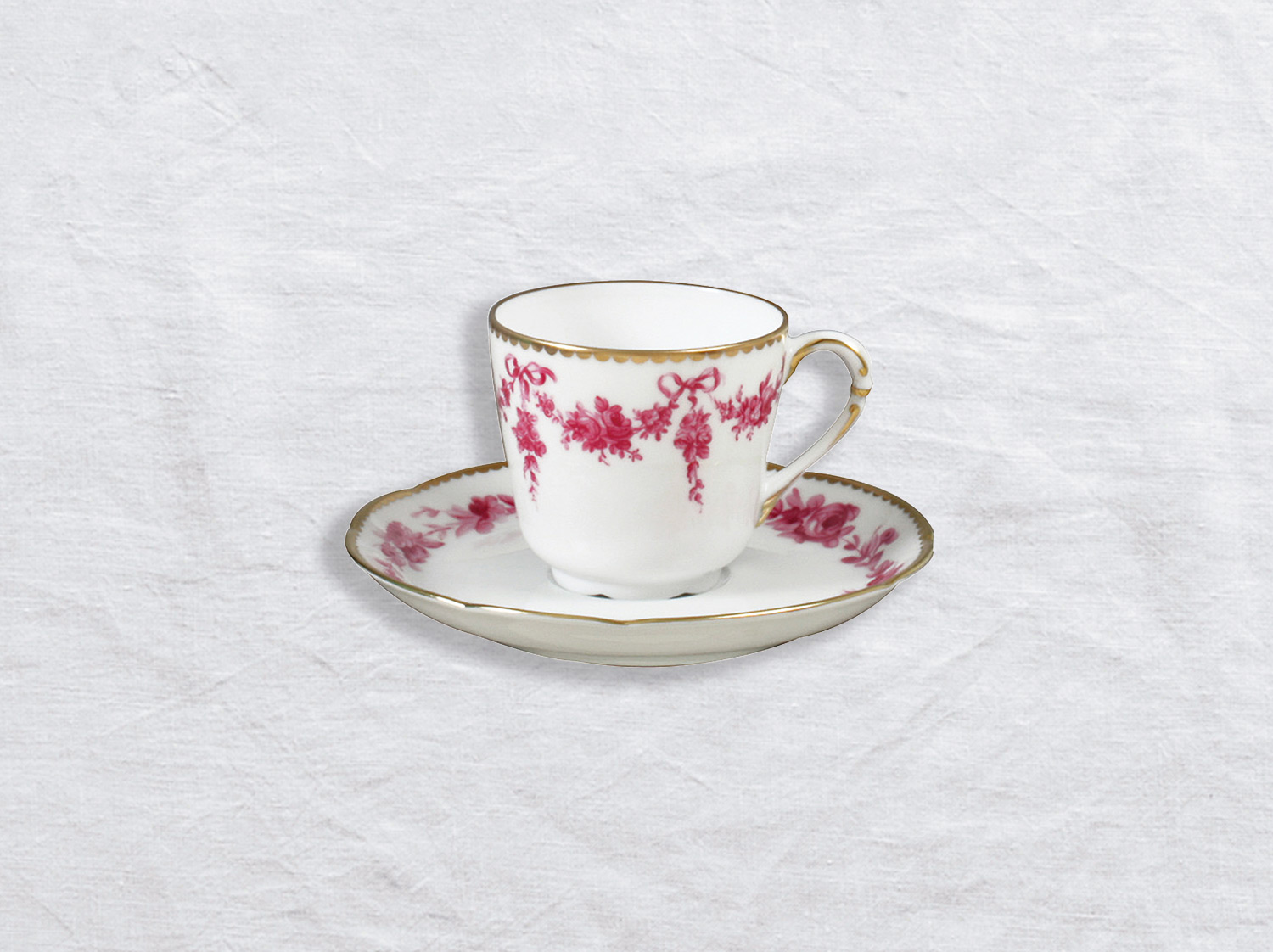 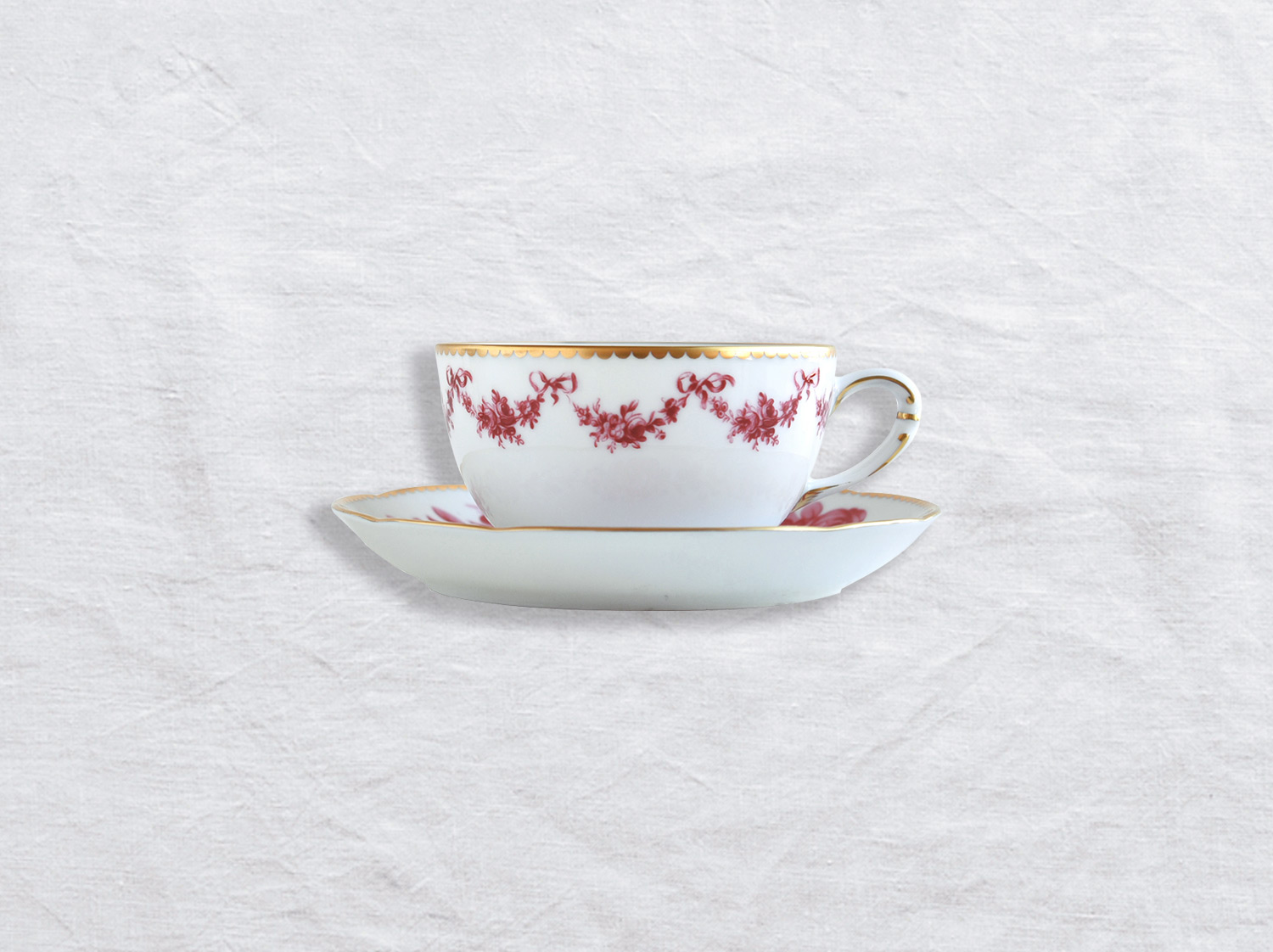 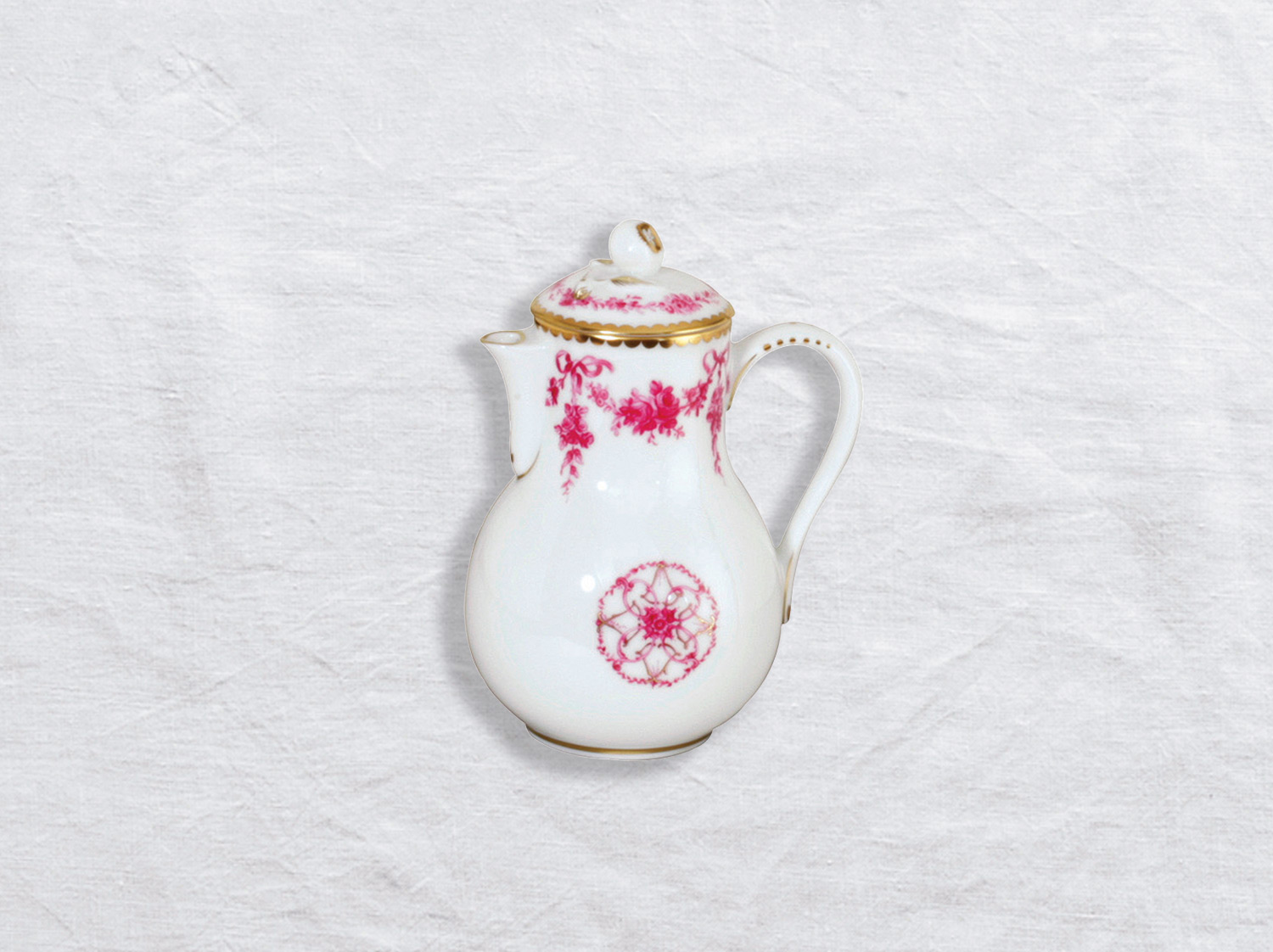 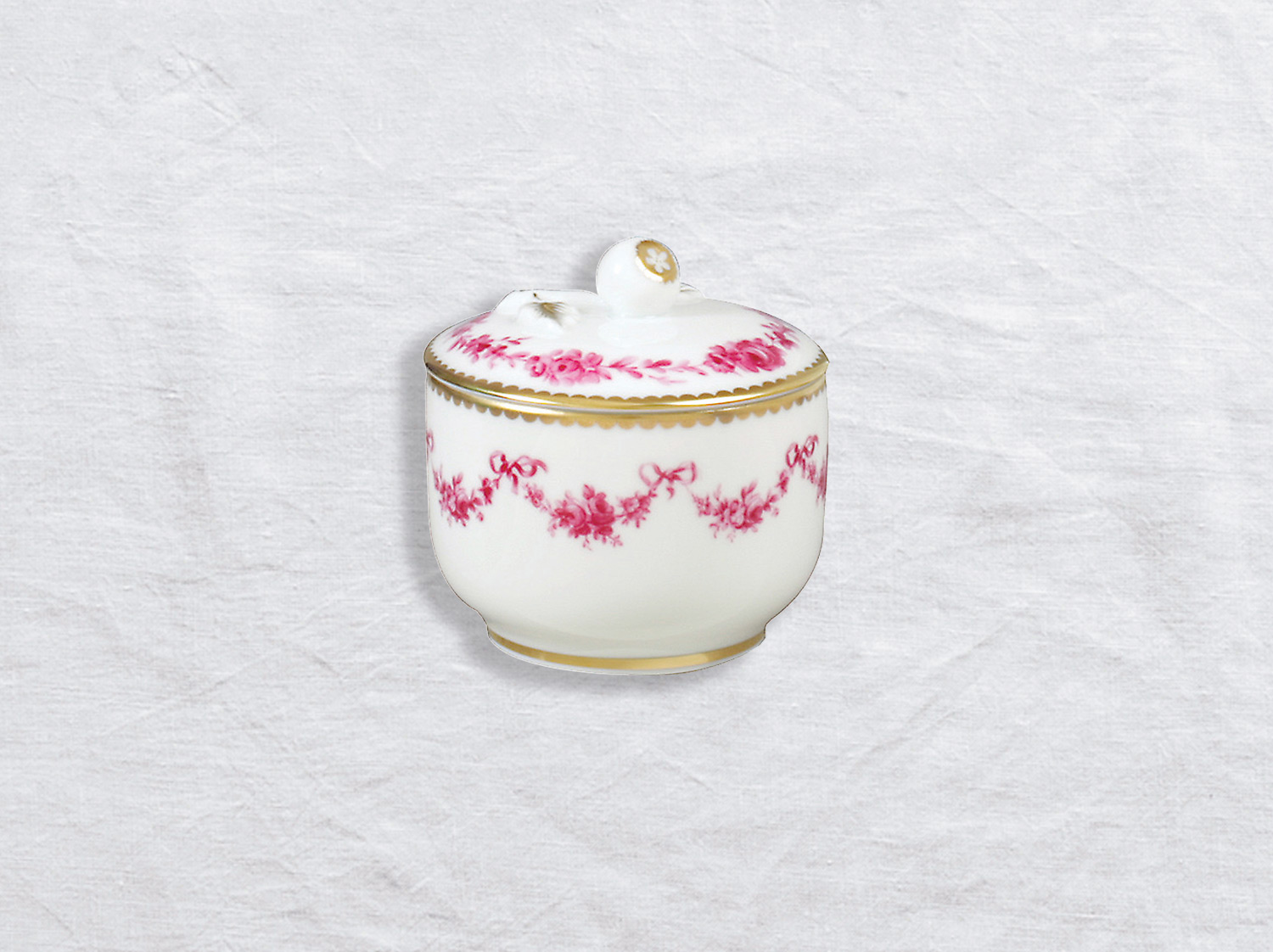 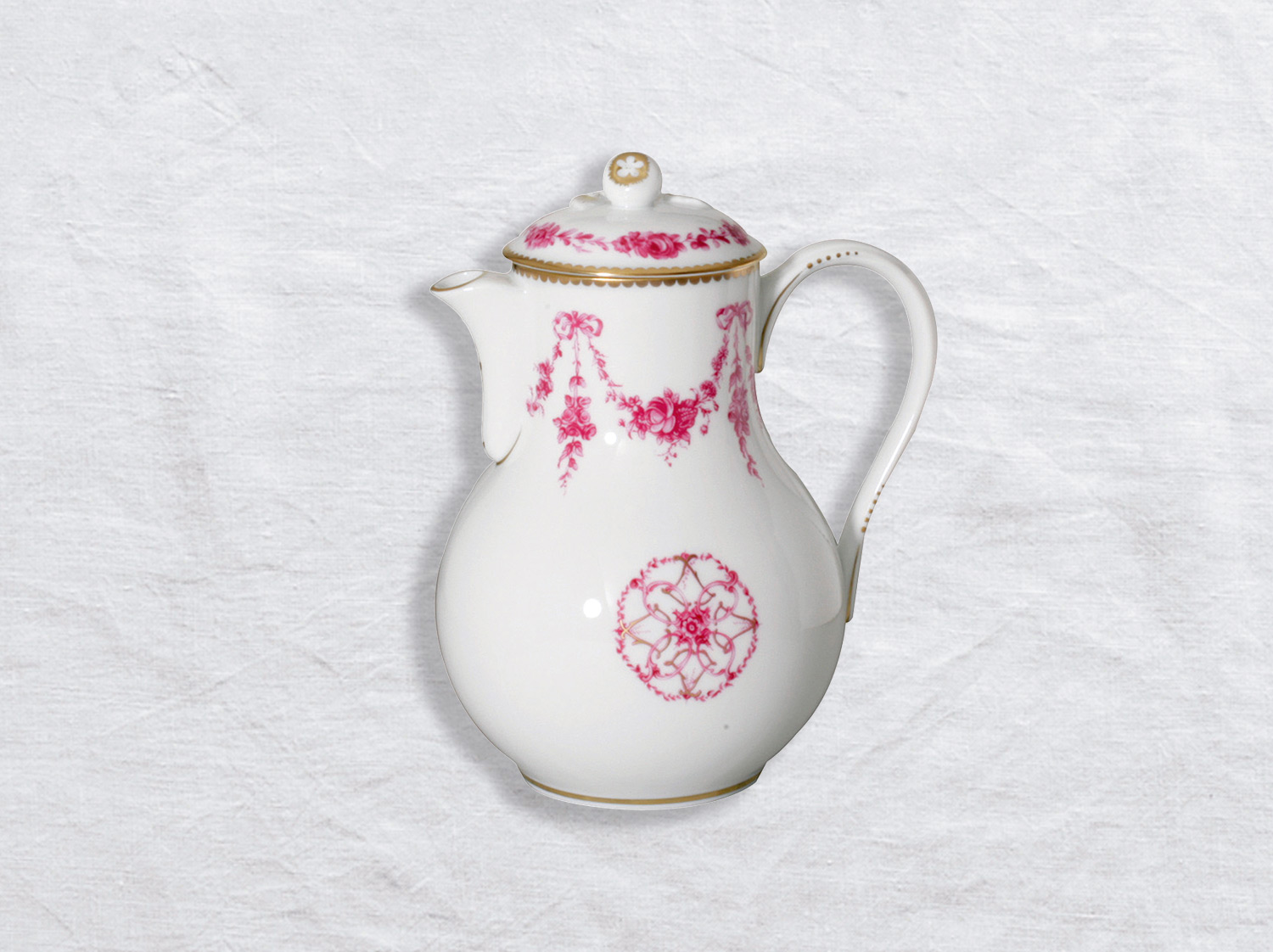 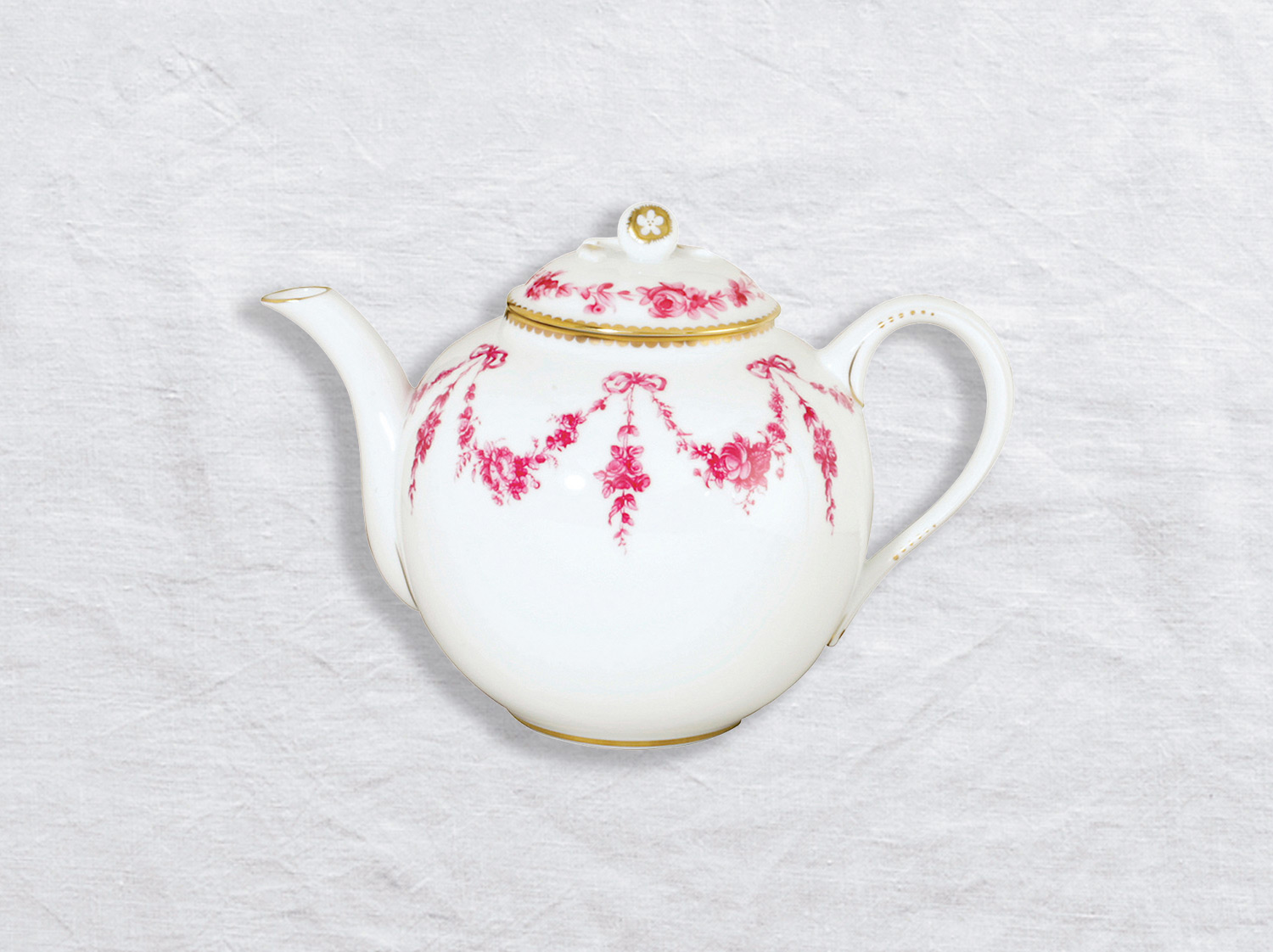 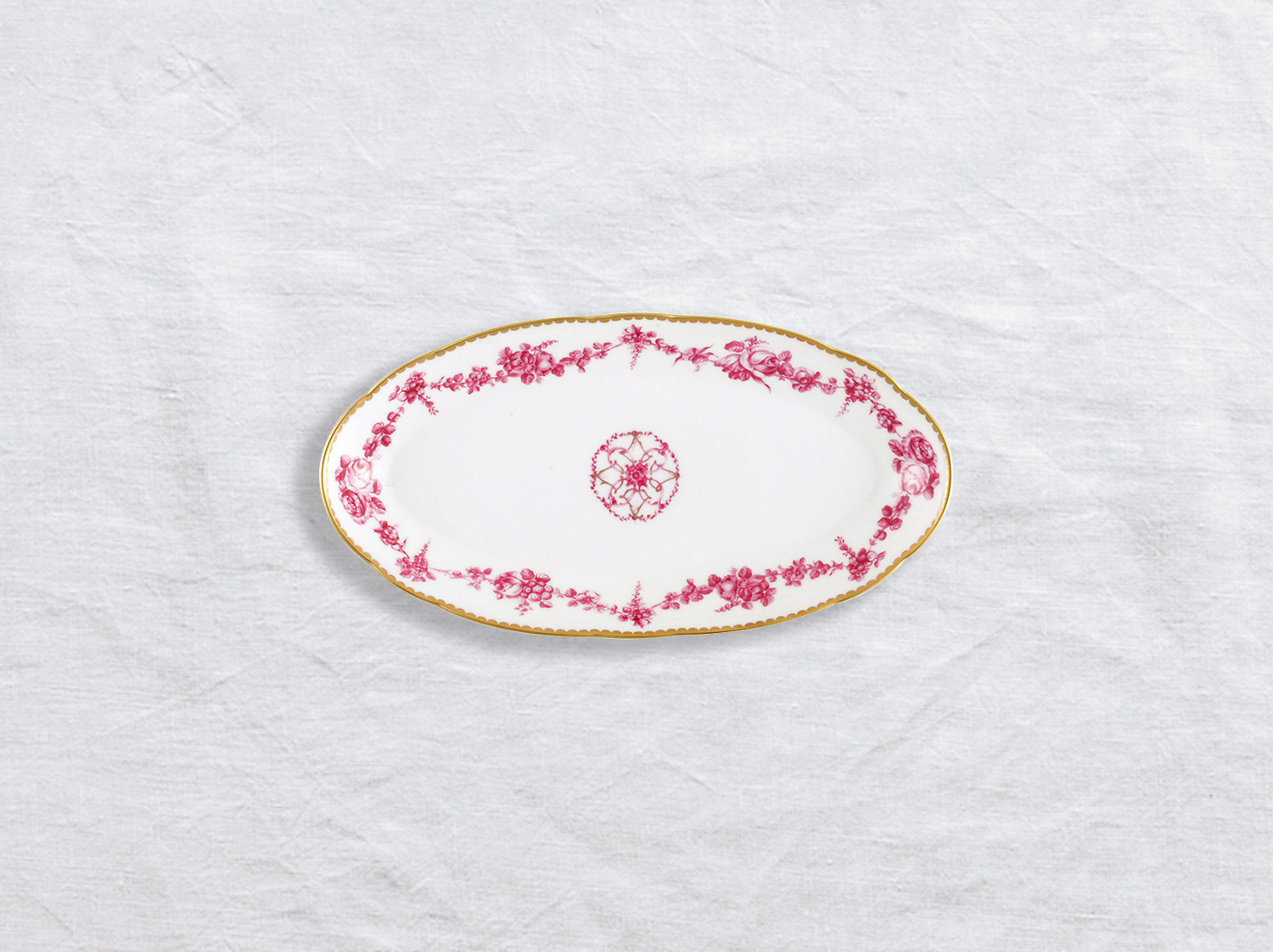 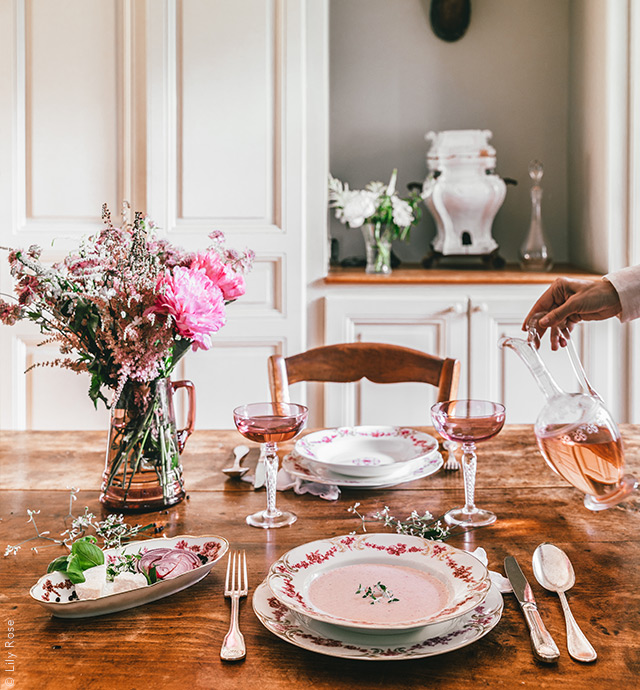 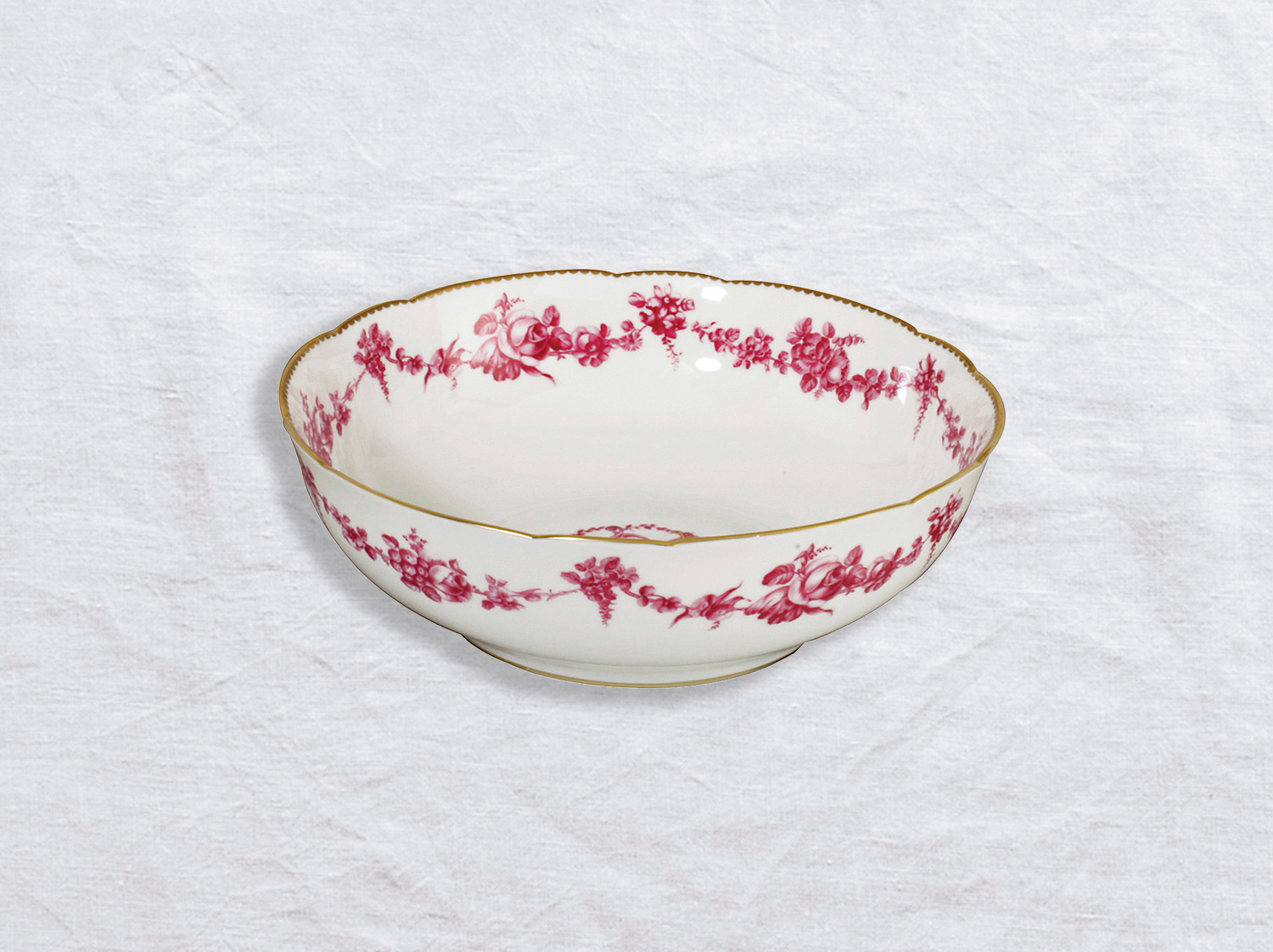 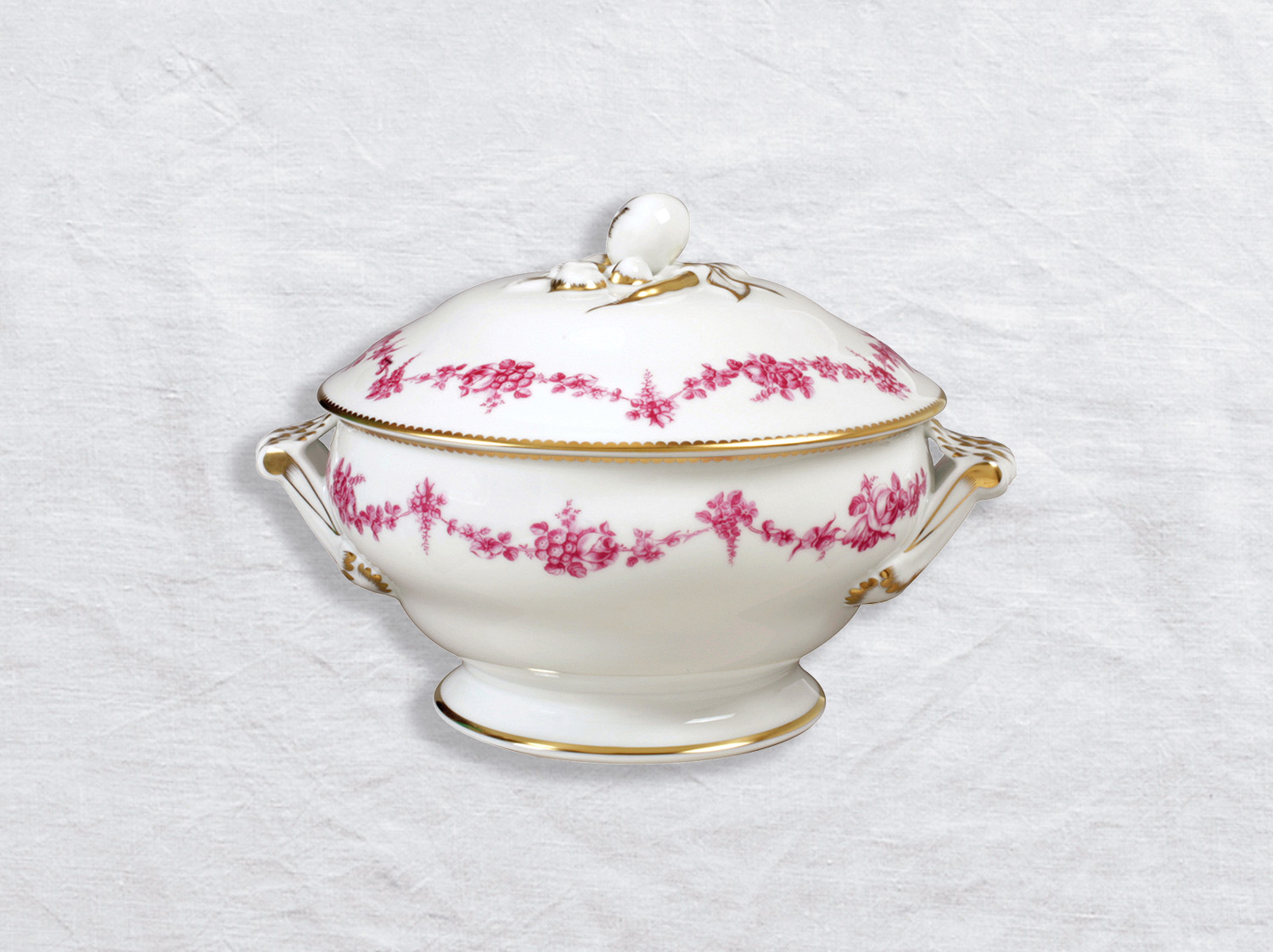 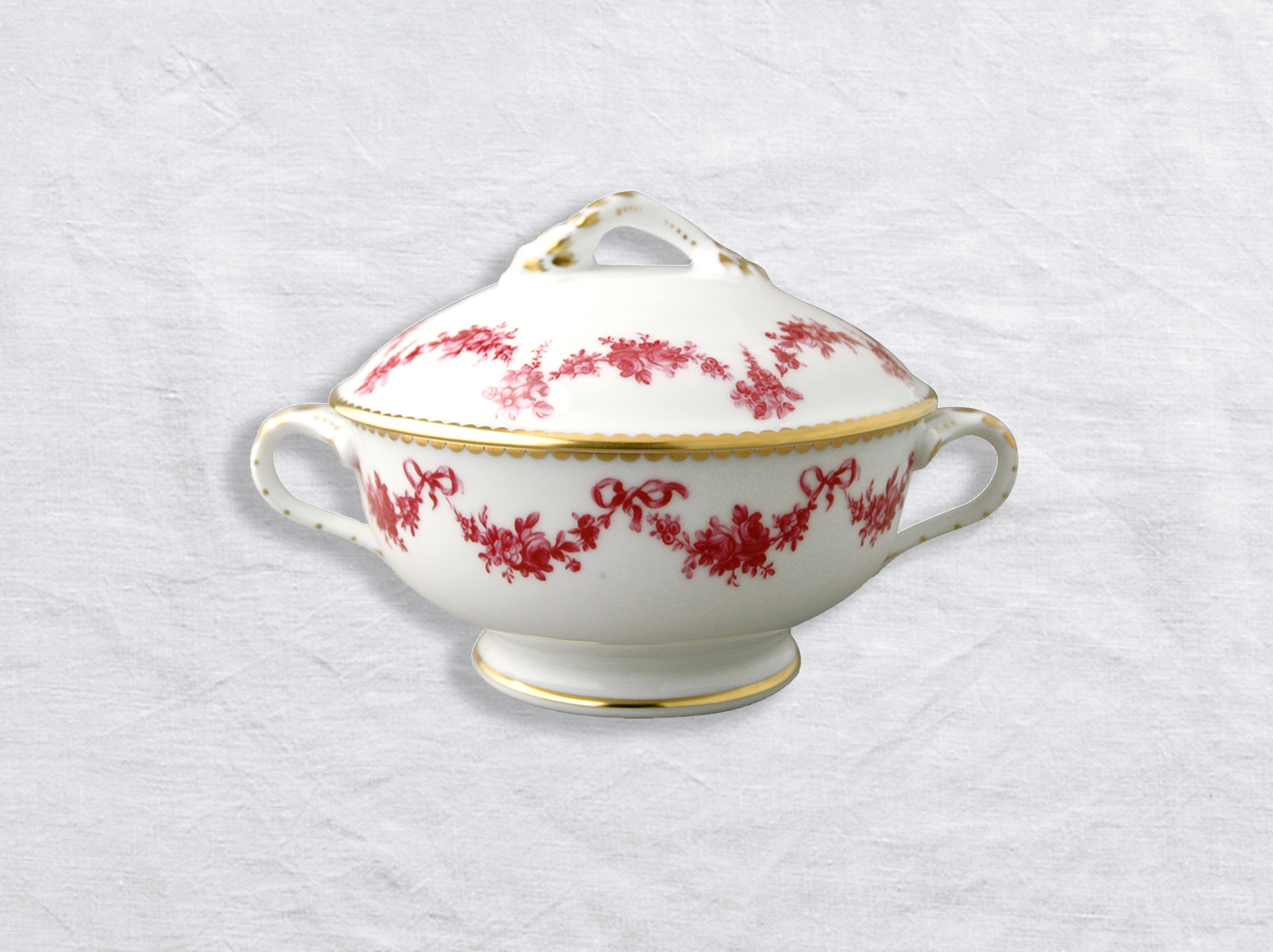