"In this project, Prune and I wanted to focus on a man’s most essential ‘‘tool,’’ his hands, which can function as a drinking cup or as eating utensils. As Darwin put it: ‘‘Man could not have attained his present dominant position in the world without the use of his hands’’. Here, our hands have been photographed. Families will pass on an heirloom dinner service that once belonged to ancestors of which nothing remains but a photograph and a few plates. At least our descendants will have the photograph right on the plate! Prune and I live in New York where we initiated a community of artists that holds big dinners every month. Everybody cooks, everybody brings something. The dinner table is a nerve center where we share a taste for good things, the art of living well! It’s nearly ten years since Prune and I put on our first art show, called ‘‘Toit et Moi’’, at the very beginning of our story together. Those plates are a logical and symbolic collaboration for us.’’ JR 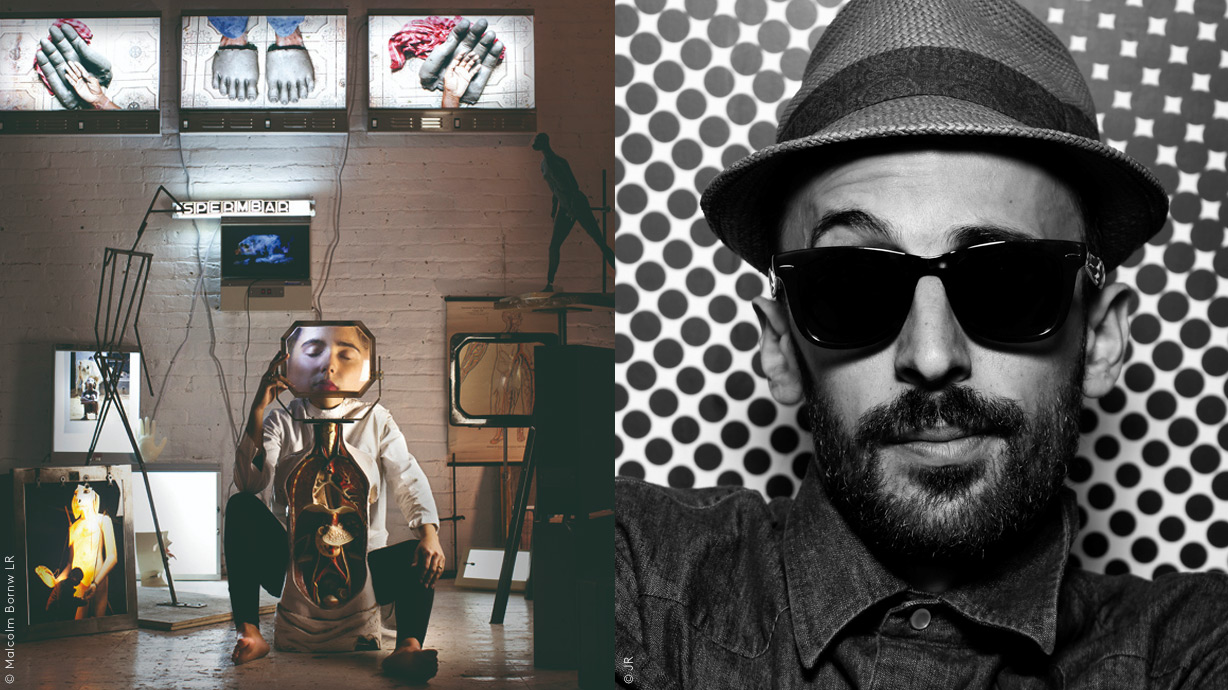 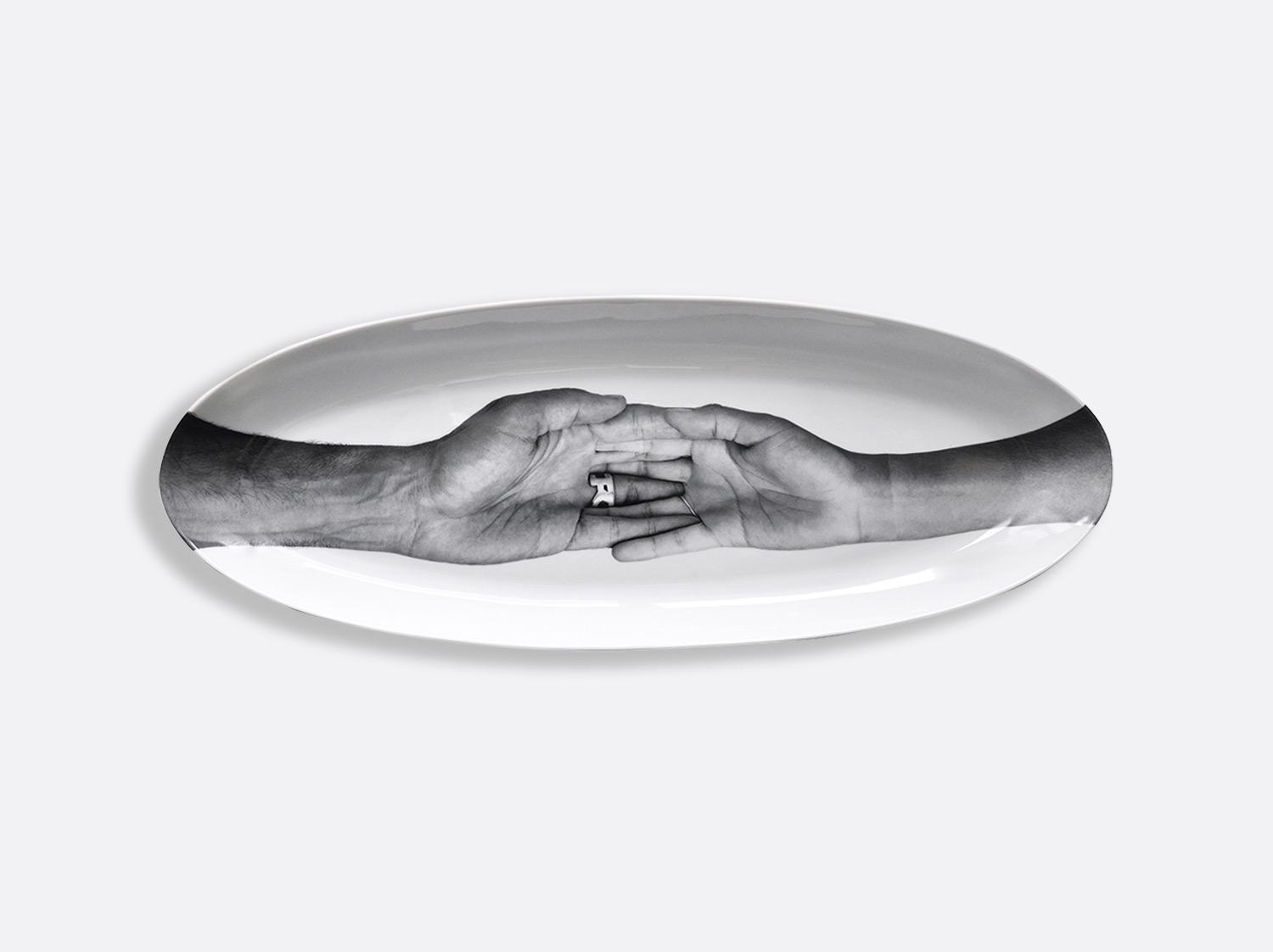 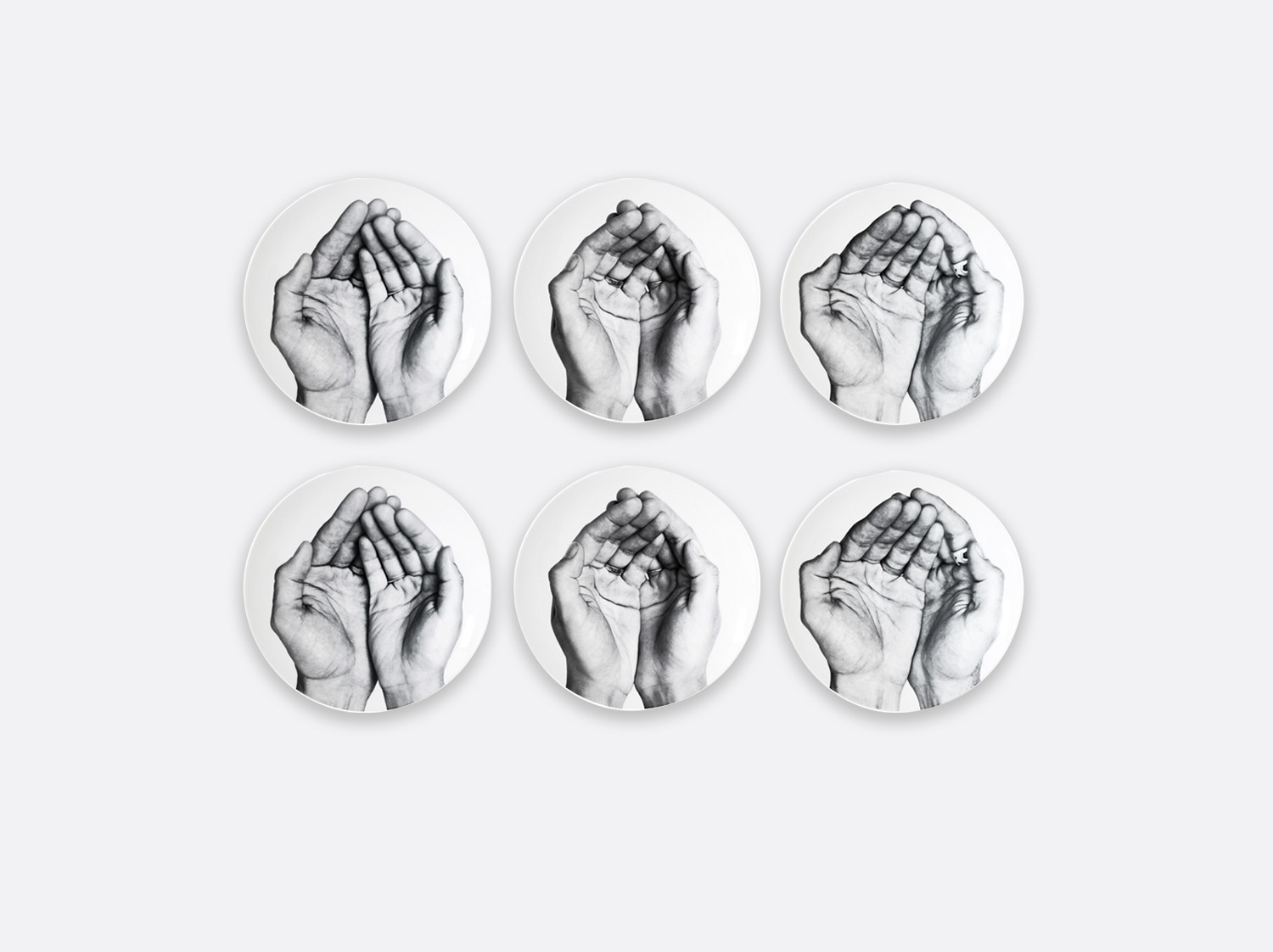