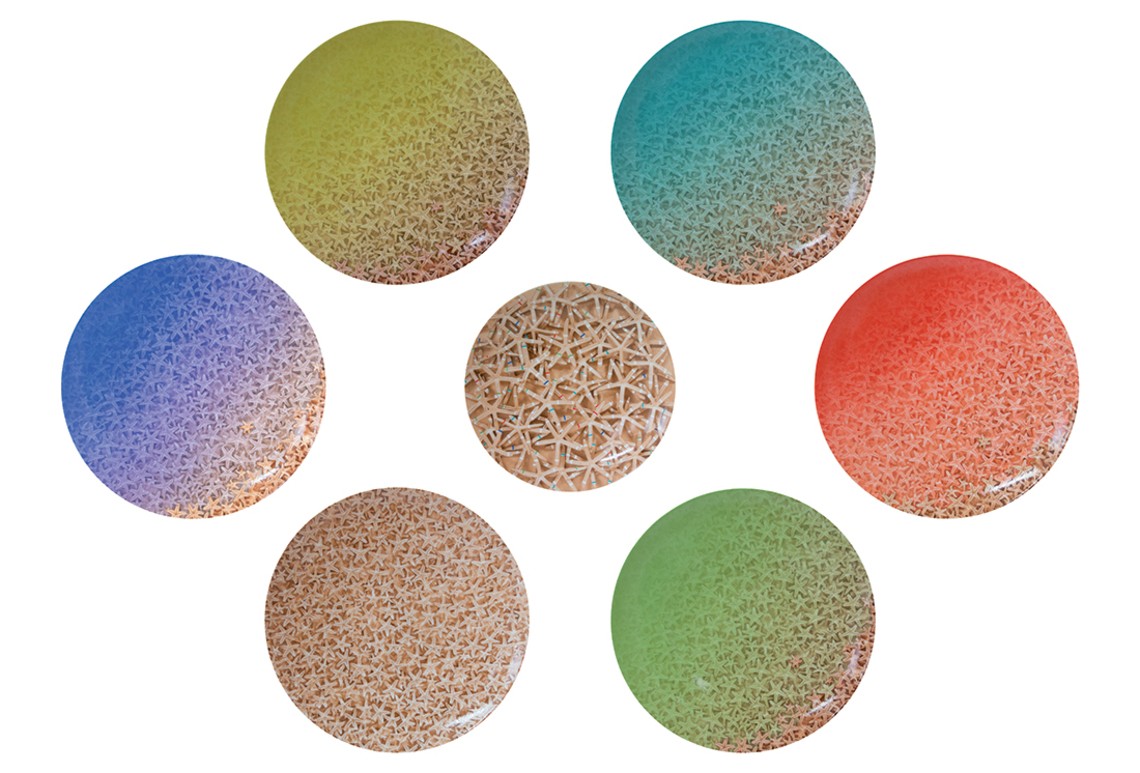 Born in 1949, Nabil Nahas began to paint in the 1970s. He studied at the University of Louisiana and at prestigious Yale University. Very much attached to his native Lebanon, he takes inspiration from starfish, among other elements. He covers them with pigments and duplicates them on his canvases.
Several American museums, including the Metropolitan Museum of Art and the Boston Fine Arts Museum, have acquired his works and he has exhibited at many galleries throughout the world.
In 2002, he represented Lebanon at the Sao Paulo Biennial. His first retrospective was held in Beirut in 2010 to mark the opening of the Beirut Exhibition Center.
Several galleries handle his work: the Sperone Westwater Gallery (New York), the Agial Gallery (Beirut), the Lawrie Shabibi Gallery (Dubai), the Ben Brown Gallery (London and Hong Kong) and the Tanit Gallery (Munich).
He lives and works in New York.